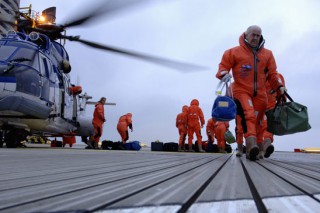 According to DN, a Norwegian tabloid specializing in business reporting, Statoil also plans to make cuts in the onshore business, but no numbers have been revealed related to that. DN claims that approximately 5,000 jobs have been cut so far this year in the oil industry sector.

Norwegian engineering and construction company Aibel yesterday announced it would reduce its workforce by an additional 230 people. To remind, Aibel in August terminated contracts with 250 workers.

According to Wood Mackenzie, a consultancy firm, investors are increasingly demanding bigger dividends and a better rate of return from oil companies. As a result, many companies have committed to stricter capital discipline and are intensely screening projects based on financial criteria. Capital intensive projects are particularly being scrutinised. This means more difficult projects could be delayed, and in some circumstances will simply remain undeveloped, reads a recent report by Wood Mackenzie.

The “capital discipline” measures taken by oil companies have hit the supply chain firms the most.