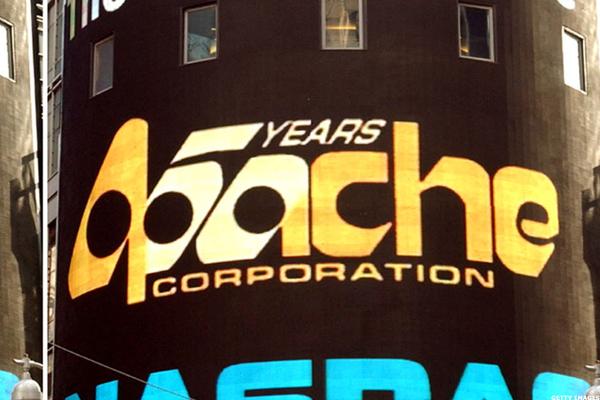 Apache Compensates For Poor Earnings With A Major Oil Discovery

Keenan is a shale expert who was handpicked by Apache’s management in 2014 to replicate his shale exploits at EOG Resources Inc. (NYSE: EOG) in the Eagle Ford. But maybe Apache acted in haste back then, and a mea culpa is now in order.

APA was up 17.3% on Thursday’s session and another 14.3% in aftermarket trading despite posting weak Q2 earnings (that still beat expectations) after the company announced a major oil discovery at its 1.4-million-acre offshore Suriname tract.

Apache said it had made a world-class discovery at the Kwaskwasi-1 well located in the prolific Guyana-Suriname Basin, where it encountered 278 meters (912 feet) of net oil and volatile oil/gas condensate pay.

The samples taken indicate that the API oil gravities are between 34 and 43 degrees.

“We are thrilled with the results from the Kwaskwasi-1 exploration well. This is the best well we’ve drilled in the basin to date, with the highest net pay in the best quality reservoirs,” Apache CEO and President, John J. Christmann, gushed. “While we have a lot more work to do, a discovery of this quality and magnitude merits a pace of evaluation that enables the option of accelerated first production.”

The major discovery has proven a big bonus for Apache’s shareholders who have been glossing over the company’s weak Q2 results.

Perhaps the only positive highlight in that earnings report was that the company’s production (including noncontrolling interests) of 435M boe/day surpassed Wall Street’s consensus of 417.3 Mboe/day. It also looked rather better than the lineup of dismal earnings from others in the shale patch.

While many investors will be focussing on the Suriname hit, others will probably be just as thrilled at Apache’s continuing capital discipline.

Apache was among the first shale companies to undertake deep spending cuts after oil prices crashed in March. Apache lowered 2020 capex to $1B-$1.2B from its previous guidance of $1.6B-$1.9B. But it did not stop there: The company also cut the dividend by 90% to $0.025/share from $0.25. Apache has revealed that its 2020 capex is tracking towards the lower end of its guidance.

Its capital-light structure appears to be paying off.

During the earnings call, Apache’s management said that the company would be running cash flow positive as long as WTI prices remain above $30/barrel (current WTI is $40.14). Further, the company said it would use any excess cash to pay down its debt.

However, should prices hit $50 or more, Apache said it would undertake very measured capex increases with the first column of that incremental free cash flow returned to investors, maybe through a dividend increase or share buybacks.