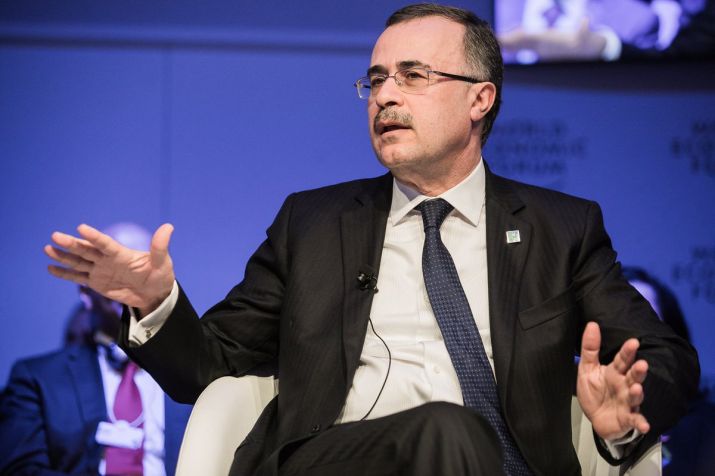 As the current energy crisis sweeps across the world, the CEO of the Saudi oil and gas giant, Saudi Aramco, believes that ramping up oil and gas investments and devising a “more credible” energy transition roadmap is required to address climate priorities and energy security challenges in a bid to usher in a more secure and sustainable energy future.

Aramco revealed on Tuesday that its President and CEO, Amin H. Nasser, highlighted the need for “a much more credible” energy transition plan, as he delivered a keynote speech at the Schlumberger Digital Forum on 20 September 2022. During this speech, Nasser pointed out that “the warning signs in global energy policies were flashing red for almost a decade,” adding that investments in oil and gas decreased from $700 billion to a little over $300 billion, which is more than 50 per cent between 2014 and 2021.

On the other hand, Aramco’s CEO underscored that the energy transition plan has been “undermined by unrealistic scenarios and flawed assumptions” as many were led to assume that “major oil use sectors would switch to alternatives almost overnight,” but oil demand came surging back after lockdowns, as did gas. According to Nasser, solar and wind currently account for 10 per cent of global power generation, and less than 2 per cent of the global primary energy supply, thus, he believes that “this is the moment to increase oil and gas investments, especially capacity development.”

Key pillars of secure and sustainable energy future
Aramco highlighted that during the event, Nasser stressed the importance of achieving a new global consensus on the way forward, and outlined three strategic pillars that should be central to the response. These pillars include recognition by policymakers and other stakeholders that supplies of “ample and affordable conventional energy” are still required over the long term; further reductions in the carbon footprint of conventional energy, and greater efficiency of energy use, with technology enabling both; and new, lower carbon energy, that steadily complements proven conventional sources.

Furthermore, Nasser explained that Aramco is working to increase its oil production capacity to 13 million barrels per day by 2027 and grow its gas production by more than half through 2030 with a mix of conventional and unconventional gas. In addition, the firm is also working on lowering emissions and adding CCUS projects and lower carbon energy to its portfolio, including blue hydrogen and blue ammonia, renewables, and electro-fuels. For Nasser, “under-investment in oil and gas, alternatives not ready, and no back-up plan” are the reasons for the current energy security challenges.

While discussing the consequences of “a flawed transition plan,” Nasser remarked: “When you shame oil and gas investors, dismantle oil- and coal-fired power plants, fail to diversify energy supplies (especially gas), oppose LNG receiving terminals, and reject nuclear power, your transition plan had better be right. Instead, as this crisis has shown, the plan was just a chain of sandcastles that waves of reality have washed away.”

Aramco’s CEO says that oil inventories are low and oil fields around the world are declining while keeping production steady requires a lot of capital and increasing capacity requires even more. However, “a fear factor is still causing the critical oil and gas investments in large, long-term projects to shrink,” explained Nasser, adding that “even with strong economic headwinds, global oil demand is still fairly healthy today. But when the global economy recovers, we can expect demand to rebound further, eliminating the little spare oil production capacity out there.”

Therefore, the Saudi giant’s CEO claims that greater investment in the oil and gas sector would help with this and ensure energy security in the long term. Moreover, Nasser announced that Aramco and Schlumberger are working on “a smart sustainability platform,” which is expected to commercialise a number of digital solutions and support the company’s net-zero ambitions.

“In my view, the best help that policymakers and every stakeholder can offer is to unite the world around a much more credible new transition plan, driving progress on the three strategic pillars I have outlined,” elaborated Nasser, while underlining that “that is how we deliver a more secure and more sustainable energy future.”

When it comes to Aramco’s most recent activities, it is worth noting that the Saudi giant awarded project management services contracts to Australia’s Worley in July 2022 for unconventional gas.