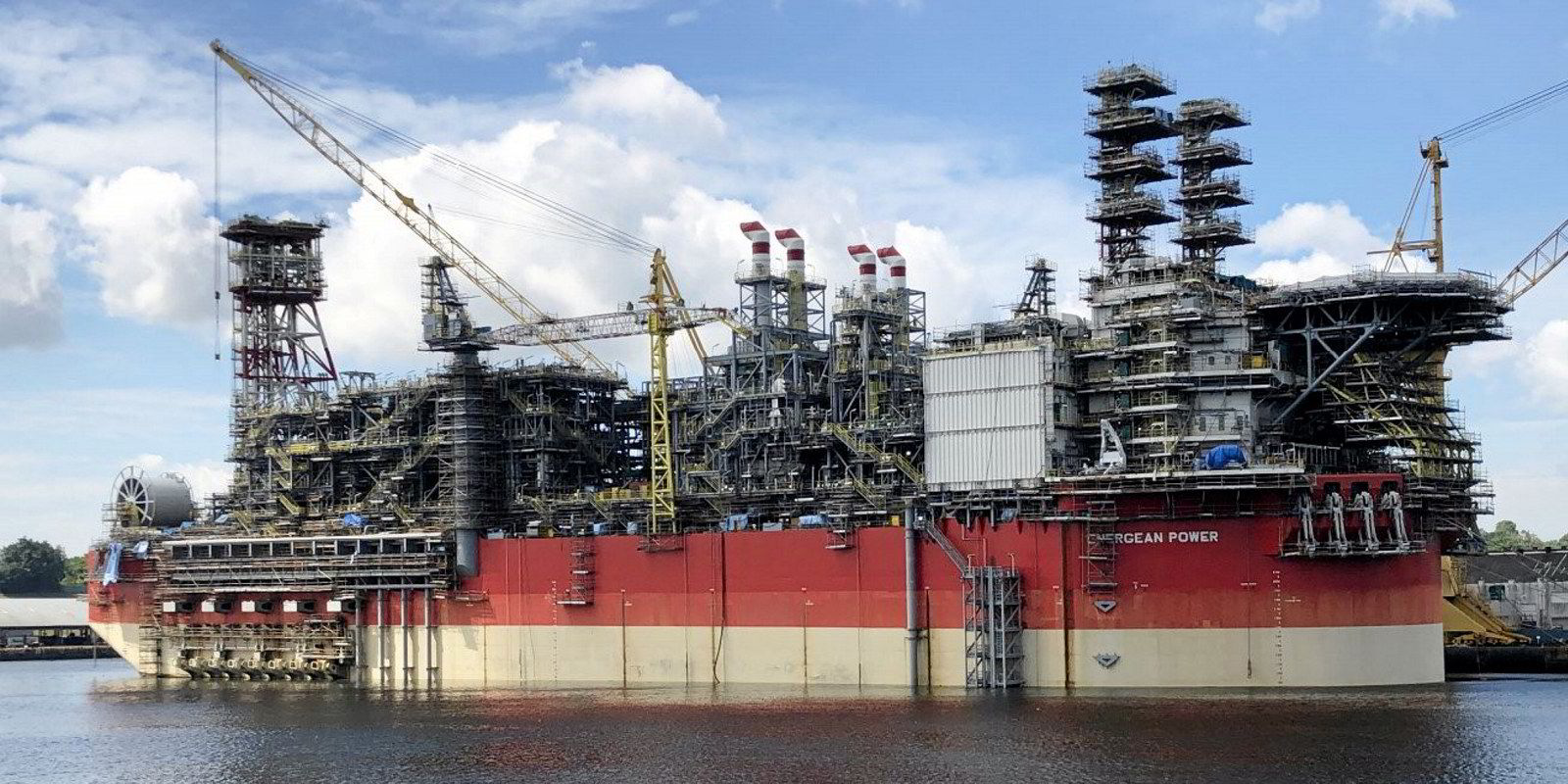 As Energean FPSO reaches Israel, Lebanon warns against any activity in disputed waters

Following the crossing of the Suez Canal last Friday, the Energean Power FPSO has arrived on location in Israel and hook-up and commissioning operations are expected to begin immediately. However, Lebanon has warned Israel against any activity in the area as it believes the gas field is located within disputed waters.

As reported by Offshore Energy last Friday, the Energean Power FPSO crossed the Suez Canal, marking the first crossing of its kind in the history of the canal.

Energean informed in an update on Monday that the vessel has now arrived in Israel. The FPSO sailed away from Sembcorp Marine’s Admiralty Yard in Singapore to Israel in early May and was transported by two tugs. The 5,532 nautical mile-long journey took 35 days, crossing six seas and passing through the Suez Canal.

Energean added it will immediately begin hook-up and commissioning operations, which includes risers and jumpers installation as well as the commissioning of the sales gas pipeline. Energean expects approximately three to four months of commissioning before the first gas, which remains on track for 3Q this year.

Mathios Rigas, Chief Executive Officer of Energean, commented: “I am delighted to confirm that the Energean Power FPSO has arrived on location in Israel. This marks a major step forward in delivering first gas from Karish which remains on track for 3Q 2022. We look forward to continuing our progress through Karish first gas, the commercialisation of the newly defined Olympus Area and contributing to energy security and competition of supply for the region.”

However, following the arrival of the FPSO, Lebanon warned Israel against any “aggressive action” in disputed waters where both states hope to develop offshore energy. Lebanon President Michel Aoun said that any activity in the disputed area “constitutes a provocation and a hostile act.”

Aoun discussed with Prime Minister Najib Mikati the vessel’s entry into the disputed maritime area with Israel and asked the Army Command to provide him with accurate and official data to build upon the matter, pointing out that negotiations to demarcate the maritime borders are still ongoing.

Lebanon claims that the Karish gas field is located within the disputed area.

Last month, Energean signed a new Gas Sales and Purchase Agreement (GSPA) for up to 0.8 bcm/yr. Under the agreement, Energean will supply gas to the East Hagit Power Plant Limited Partnership, a partnership between the Edeltech Group and Shikun & Binui Energy. The GSPA is for a term of approximately 15 years, for a total contract quantity of up to 12 bcm.