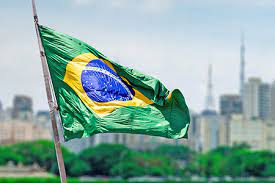 Atlas Renewable Energy, an international leading renewable energy company, along with Unipar, a leader in chlorine, chlorides, and PVC in South America, have announced the signing of a large-scale solar energy power purchase agreement (PPA) in Brazil. The clean solar energy supply will be generated through Atlas Renewable Energy’s Lar do Sol-Casablanca II photovoltaic (PV) plant located in Pirapora, State of Minas Gerais.

The solar plant, which will occupy approximately 700 ha., will have an installed capacity of 239 MWp with 460 000 solar panels. The plant will host bi-facial module technology, which uses the reflection of the sun’s rays from their front and back sides, increasing the efficiency of the photoelectric conversion and enhancing the overall production of the plant. The project is expected to generate enough energy to supply two of Unipar’s factories, located in Brazil.

Lar do Sol-Casablanca II’s yearly energy generation will be the equivalent of supplying energy to about 261 662 households, according to the average consumption of a Brazilian family. Moreover, the plant will approximately avoid 40 500 tpy of CO2 emissions. This calculation is based on the GHG (Green House Gases) Protocol, methodology developed by the World Resources Institute which follows the methods used by the IPCC (Intergovernmental Panel on Climate Change). This amount of CO2 emissions prevented will be the equivalent to removing 16 200 vehicles from the streets of Sao Paulo.

The Lar do Sol-Casablanca II solar plant will be developed, built and operated by Atlas Renewable Energy, whose track record and expertise in Latin America has positioned it as one of the fastest-growing renewable energy companies in the Americas and as an essential player in the energy sector in the region. The project adds to its rapidly expanding footprint in the Brazilian market with a total of six large-scale solar plants amounting to over 1 GW. The signing of this long-term agreement with Unipar, one of Brazil’s largest chemical companies, attests to Atlas’ ability to partner with private companies to help them achieve their carbon emission reduction goals as they transition towards a cleaner source of energy.

As part of the company’s commitment to the areas where it operates, the construction of the Lar do Sol-Casablanca II solar plant is set to contract about 1200 workers in the peak of its activity. The company will also be executing a series of environmental and social programmes including the female workforce programme ‘we are all part of the same energy’. This focuses on the promotion of inclusive practices by empowering the local female workforce through training. With this, the company has a goal of having at least 15% female representation in the total workforce during the plant’s construction. This initiative will allow local women to have access to new job opportunities within the project’s construction, generate an opportunity for their economic stability and enhance their skillsets and potential by integrating them into more technical jobs.