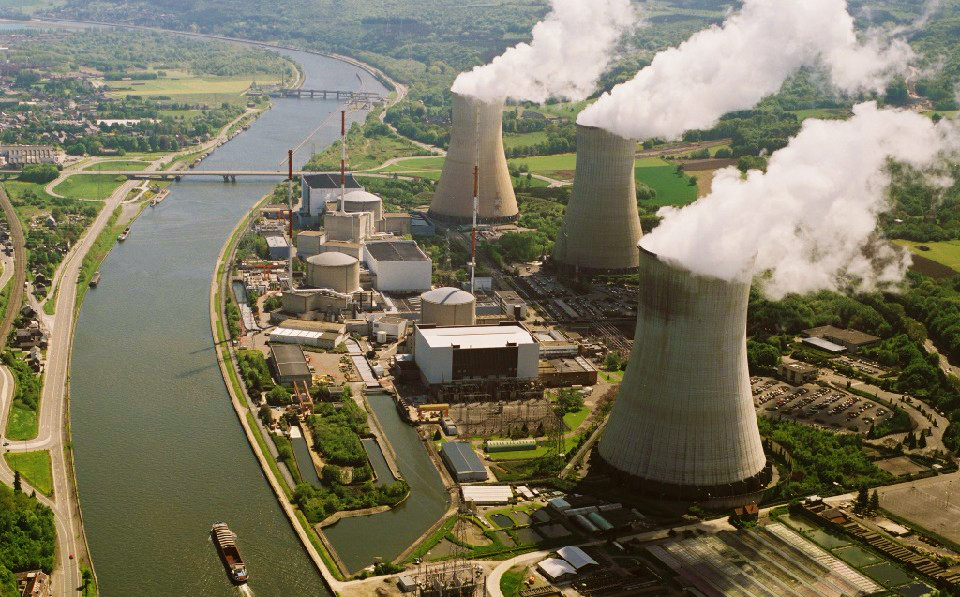 While EU officials have argued in Brussels this month over the relative merits of nuclear energy and gas, residents of a small town 60km east of the Belgian capital had a more pressing concern: if Belgium gets rid of nuclear power, where will it get its gas from?

“Everyone around us is stopping gas. Where are we going to get ours from? Putin? What will we do if he switches the tap off?” said Heidi Haesevoets at a protest this month against a planned gas-fired power plant in her home town of Tessenderlo.

Belgium, sandwiched between pro-nuclear France and pro-gas Germany, epitomises one of the problems the EU faces in its energy supply as it moves towards a carbon-neutral future.

The transition is increasing Europe’s reliance on gas as it moves away from dirtier coal. But at a time when Europe faces soaring gas prices, the Belgian government is also about to embark on a long-delayed full exit from nuclear energy — which is zero-carbon but produces harmful waste. It plans to build more gas-fired plants to provide the energy that cannot yet be covered by wind parks and solar panels.

The move has attracted criticism from the regional government in Flanders, Belgium’s northern and more industrialised region, and from an unusual alliance of pro-nuclear and climate activists.

“We have gas prices already going up and on top of that, taxpayers would have to pay for more gas plants — it makes absolutely no sense,” said Haesevoets.

Belgium’s seven nuclear reactors, which generate half of the country’s electricity, are set to come offline by 2025 under a commitment enshrined in the national government’s coalition agreement. The government has also approved a multibillion-euro subsidy scheme to build and run gas-fired power plants, which would fill the energy gap.

This puts the country in stark contrast with neighbouring France, which is going to step up the use of carbon-free nuclear energy, and the Netherlands, which is moving away from gas-powered plants. The Dutch government is also shutting down Europe’s largest natural gasfield, which was supplying almost half of Belgium’s gas imports.

The pro-business regional government in Flanders has come out against Belgium’s nuclear shutdown and is questioning the timing of the bet on more gas.

“If you look at carbon prices rising and the price of gas going up, if you build more gas plants, you’ll only be more dependent on gas and the cost will eventually be transferred to the consumer,” said Flemish energy minister Zuhal Demir.

She has blocked the construction of one gas-powered plant and the residents of Tessenderlo hope she will reach the same decision in their case. Demir said each construction permit was granted or rejected on a case-by-case basis.

Climate activist Ike Teuling, from the action group Tegengas/Dégaze (Against gas), said any approval of the Tessenderlo plant would face a challenge in court. The group is already preparing a legal challenge against a construction permit granted in the French-speaking region of Wallonia, where the regional government favours gas.

Pro-nuclear activists in Belgium agree with many of the pro-climate arguments regarding the country’s commitment to cut carbon emissions.

“Nuclear should be part of the energy transition to decarbonise the whole economy,” said Arnaud Paquet, co-founder of the pro-nuclear group Horizon 238.

At the federal level, energy minister Tinne van der Straeten dismissed the idea that the recent gas price surge would have much of an influence, given that the subsidised gas-powered plants would not go online until 2025.

She has left the door open to keeping two reactors online if Belgium’s overall energy security appears at risk. But she said the ultimate goal had to be to renew the country’s dependence on external factors for its energy needs.

“Belgium is a net energy importer either way. My first crisis meeting as a minister was about nuclear fissile material imports. We have no gas, no oil, no uranium,” van der Straeten said. “The only way forward is 100 per cent renewable energy.”