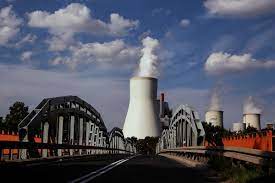 Europe's most coal-reliant country has received a fresh boost for its energy transition bid after two of its richest entrepreneurs united to build nuclear reactors.

Michal Solowow, who controls chemicals producer Synthos SA, and Zygmunt Solorz, the main owner of media and telecommunications giant Cyfrowy Polsat SA, plan to build four to six nuclear reactors, each with a capacity of 300 megawatts.

The investment is planned at the site of a lignite-fired power plant in Patnow. That facility is operated by Solorz’s ZE PAK SA, which had pledged to switch it off by 2030.

Synthos’ green energy unit, which has exclusive rights in the country for GE Hitachi Nuclear Energy’s small nuclear reactors, will provide the technology, the companies said in a statement, without specifying the project’s timeline or cost.

Poland, which depends on coal for about 70% of its electricity generation, needs nuclear power to help it steer away from the dirty fuel. The government plans to cut coal’s share in the energy mix to as low as 11% in about two decades.

The companies said that their private project isn’t competing with the state’s plan to build as much as 9 gigawatts of nuclear power using large reactors of more than 1 gigawatt capacity each.