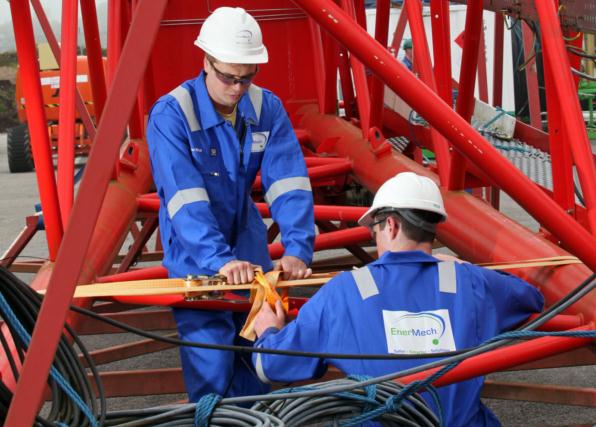 EnerMech has secured six new or renewed cranes and lifting contracts in the UK North Sea sector valued in excess of £34 million.

The Aberdeen headquartered mechanical engineering group agreed extensions to contracts with Apache North Sea, Maersk Oil and Marathon Oil, and first time or additional workscopes with Centrica Storage/HRL, Aker Solutions and a number of projects on behalf of Technip.

The contract wins follows publication of the company's latest accounts to December 2013 which reveal a 40% upswing in turnover, breaking the £200 million mark for the first time.

Chief financial officer, Michael Buchan, said despite current global fluctuations in the price of oil and gas, EnerMech had enjoyed another successful year in 2014, and prospects in 2015 and beyond looked promising.

He said: "Our recently filed 2013 results included significant one-off costs in relation to building the company's international footprint, without which our EBITDA would have exceeded £20 million. This investment is now paying dividends and it is expected that non-UK revenues will account for more than 50% of forecast group revenues of £260 million in 2014.

"As the industry becomes increasingly focussed on reducing the costs of production, we expect more customers to look to consolidate their supply chain and benefit from the unique range of complementary services which we can offer globally.

"Consistent investment in facilities, people and equipment are now at an advanced stage of maturity across our group locations and that has helped position our specialist business lines with first-time customers in new locations."

Looking ahead into 2015, EnerMech expects to make strong headway in Africa, the Americas where it has strengthened its management team and opened new bases in Louisiana and Trinidad, and in Saudi Arabia following the signing of a joint venture with Abdulla Fouad Group.

EnerMech's chief executive officer, Doug Duguid, said: "Our business is now well established in all of the world's major oil producing regions and it's an organisation with real scale, both in terms of physical on-the-ground assets and in personnel and expertise."