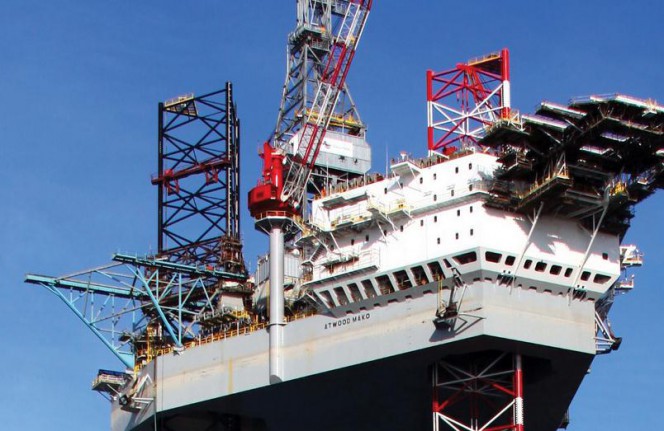 According to the company’s fleet status report, EnQuest PLC has through its subsidiary EQ Petroleum Developments Malaysia SDN BHD now hired the rig for its drilling operation in Malaysia.

The rig, built in 2012, is currently idle and it will remain so until January 2, 2015, when the contract is expected to start at a day rate of $145.000. The deal is for two wells which are scheduled to be completed in late March next year. The day rate is reduced by $20.000 when compared to the rig’s previous assignment.

Previously, the Atwood Mako had been hired by Salamander Energy for a drilling campaign across the company’s licences in the Greater Bualuang area, Gulf of Thailand. The day rate for the Salamander contract, which expired in November, was $165.000.

In its recent presentation, the drilling contractor has warned of weakening day rates, especially in the South East Asia. According to data in the presentation, 5o high-specifications jack-up rigs are still without contracts over the next year.