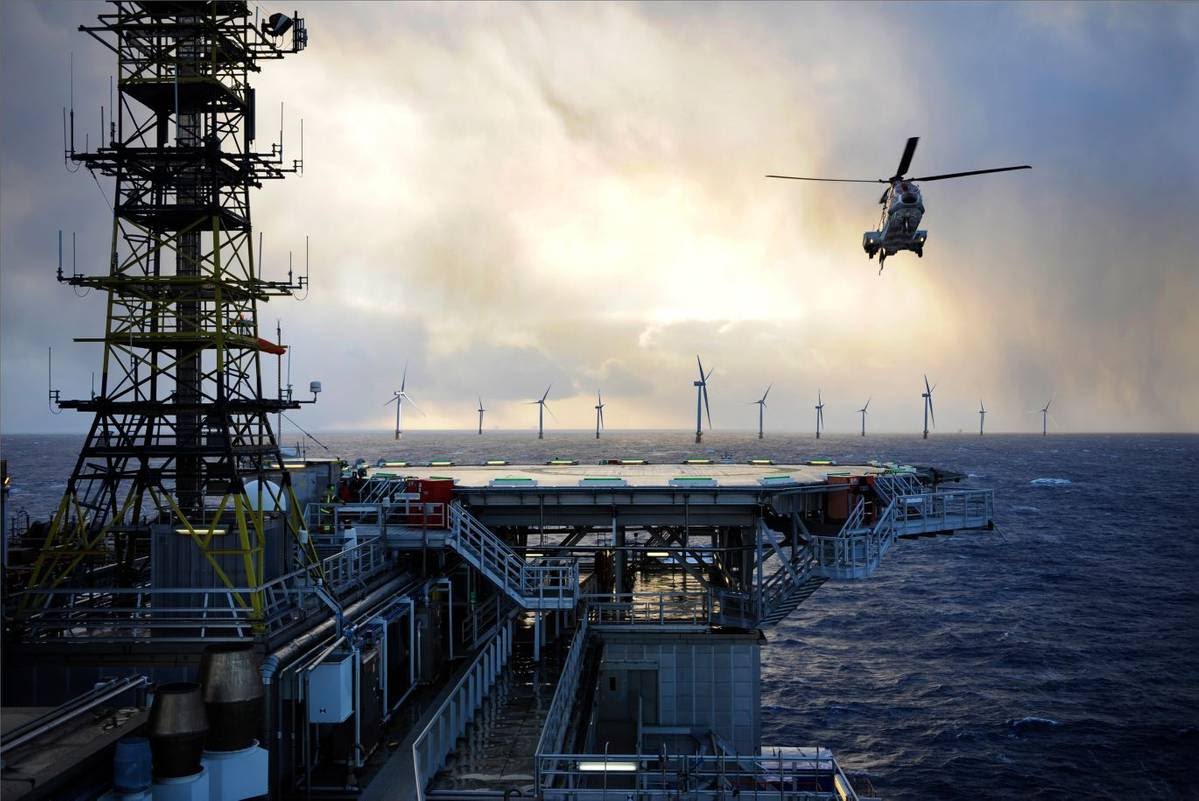 The Ministry of Petroleum and Industry has approved the plans for development and operation of the Hywind Tampen wind farm. The Snorre and Gullfaks platforms will be the first platforms in the world to receive power from a floating offshore wind farm.

On 11 October 2019, Equinor and the Snorre and Gullfaks partners submitted two updated plans for development and operation to Norwegian authorities.

By reducing the use of gas turbines on the fields, the project will help reduce CO2 emissions by more than 200,000 tonnes per year, corresponding to annual emissions from 100,000 private cars.“Hywind Tampen is a pioneering project and a central contribution to reducing emissions from Gullfaks and Snorre, and I am pleased that both ESA and Norwegian authorities have approved the project. We are experiencing very challenging times, and we are focusing on continuing our transition effort while attending to and developing the value on the Norwegian continental shelf and at the same time reducing the climate footprint from our operations,” says Arne Sigve Nylund, Equinor’s executive vice president for Development & Production Norway.

The Hywind Tampen investment will be close to NOK 5 billion. Norwegian authorities have granted funding of up to NOK 2.3 billion through Enova. The Business Sector’s NOx fund has decided to support the project by up to NOK 566 million.

“On behalf of the partners, Equinor has awarded contracts totalling NOK 3.4 billion, subject to final project approval by Norwegian authorities. It is a plus that the oil and gas industry is competitive in renewables projects as well, and the contracts will lead to considerable spinoff effects in Norway. As the whole industry is currently experiencing much uncertainty, it is vital that we progress projects that spur technology development in the renewables segment and create spinoff effects on the Norwegian supplier industry,” says Anders Opedal, executive vice president for Technology, Projects & Drilling.

The wind farm will consist of 11 wind turbines based on the Hywind wind farm concept developed by Equinor. The 8 MW turbines will have a total capacity of 88 MW and meet about 35 per cent of the annual power demand of the five platforms Snorre A and B and Gullfaks A, B and C. The wind farm will be located around 140 kilometres from shore, between the Snorre and Gullfaks platforms, at a water depth of 260 to 300 metres.

Operated from Equinor’s offices in Bergen, Hywind Tampen is scheduled for start-up at the end of 2022.