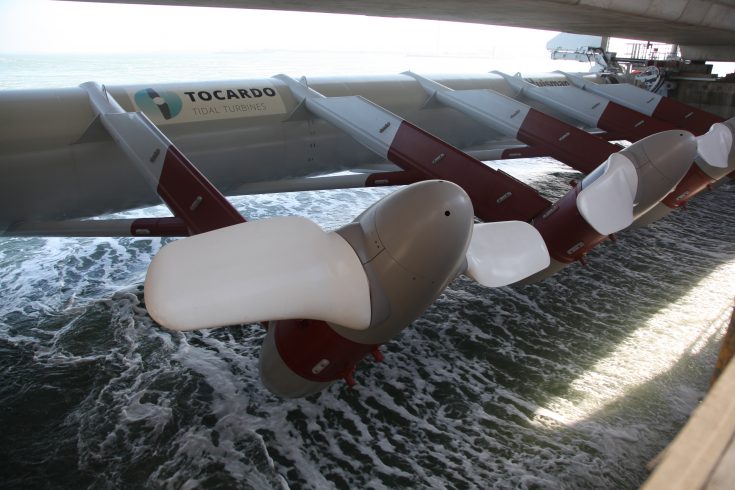 The European Commissioner for Energy Kadri Simson has visited the Eastern Scheldt Tidal Power Plant in Dutch province of Zeeland, to get a glimpse of the future where tidal energy is an everyday part of EU citizens’ lives.

The power plant has been supplying 100% predictable and renewable power since 2016 and is one of prime examples of what Europe can achieve with its indigenous wave and tidal resources.

The visit was organized by Ocean Energy Europe, together with Tocardo and the Dutch Marine Energy Centre (DMEC), to illustrate how tidal energy is already producing clean and reliable electricity and can be a key part of Europe’s future energy mix.

The tidal power produced at the site is used locally to balance variable wind and solar plants, so that residents and businesses can benefit from a 100% renewable energy supply.

This is just one example of how ocean energy can be combined with other renewables to deliver a European energy system which is secure, reliable and fully decarbonized.

The EU is not alone in driving the sector forward – the UK, USA, Canada and China are working hard to deploy ocean energy at scale.

Commenting on the visit, Kadri Simson said: “The EU is a world leader in offshore renewable energy and can become a powerhouse for its global development. But when we look at the current situation, it is clear we need even greater deployment of renewables.

“Energy security of supply also means diversity of supply, including from renewable sources. Tidal energy has great potential waiting to be harnessed. That’s why the European Commission supports quick deployment of ocean energy. We have set ambitious targets of 100MW by 2025, and 1GW by 2030 and provide funding possibilities, among others via Horizon Europe.”

Rémi Gruet, CEO of Ocean Energy Europe, said: “Europe still has the technological and industrial lead in ocean energy, and thanks to the European Commission it’s got the right strategy too. Swift implementation is now paramount. The rest of the world is not sitting still.”

Andries van Unen, CEO of Tocardo, added: “We’re proud to show off our pioneering installation. But it’s only the first step – Tocardo tidal turbines will soon be generating power for homes and businesses in the Netherlands and around the world.”

Britta Schaffmeister, CEO of DMEC, noted: “The Tocardo installation showcases how Dutch entrepreneurialism and water management expertise will be an integral part of global decarbonization efforts.”

The EU is a long-time supporter of ocean energy and has ambitious deployment targets for wave and tidal in its Strategy on Offshore Renewable Energy. This has stimulated European governments to formulate their own plans – including the Dutch ‘Marine Energy Roadmap’.