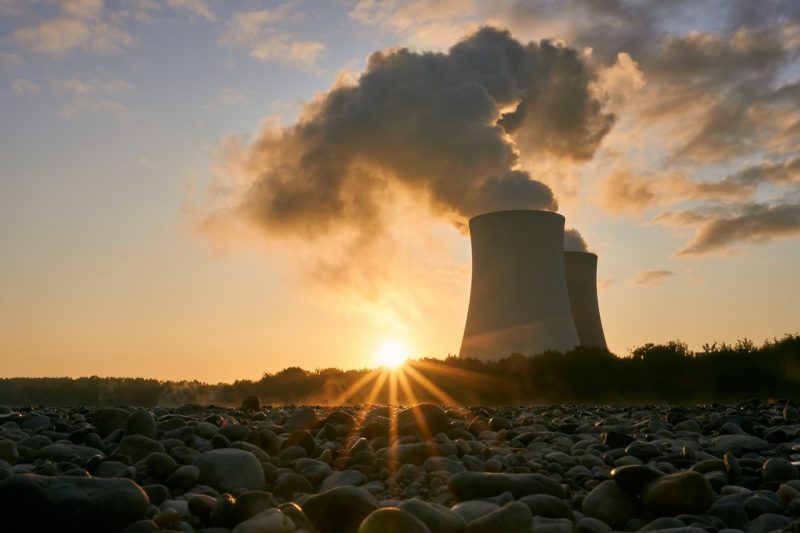 Belarus, alongside the UAE, is set to complete construction of its first nuclear power plant this year.

On a global scale, 15 countries – including China, India and Russia – will conclude the development of nuclear power projects, which are currently under construction, in the next few years.

According to the World Nuclear Association, there are 440 nuclear power reactors in the world, amounting to a combined capacity of 400GWe, while more than 100 have been ordered. Estimates say that in 2018 these produced 2,563TWh of electricity, roughly 10% of the world’s electricity.

But how many nuclear power reactors will be built in the next years and where?

Between 2020 and 2026, 48 power reactors will be built globally. The peak will take place between 2020 and 2022, with 32 reactors due to begin operations. China will lead the way with 12 plans already underway, followed by India and Korea.

Power Technology looks at the two of the most important projects, Belarus’ Ostrovets and the UAE’s Barakah power plants.
Given the £20bn price tag on Hinkley Point C, is building new nuclear power in the UK good value for money?

Ostrovets
Belarus’s first nuclear power plant, which will be situated 130km north-west of the capital Minsk, is set to be operational by this year. Funded by Russia, Ostrovets 1 will consist of a VVER-1200 pressurised reactor, producing 1200MWe of energy production.

A second reactor, Ostrovets 2, will have the same capacity and will be built by 2021.

The country’s decision to build a nuclear power plant was based on the need to loosen its strong and historically established dependency on Russia. In 2017, the country exported 3.5TWh of electricity and imported 6TWh, for a total of $2.5bn.

In order to cut down its dependency on Russia by 25%, Belarus introduced a 2011-2020 plan, which promoted Ostrovets 1’s construction as well as hydropower stations and wind projects.

“Belarus has made commendable progress since the decision to launch a nuclear power programme 10 years ago.”

The IAEA reviewed the nuclear programme according to its Milestone approach, a method used to help countries develop their first nuclear programmes. The programme’s aim is to help states achieve “the commitments and obligations associated with developing a nuclear power programme.”

He said: “Neighbouring countries have voiced concern over the lack of review of some serious safety concerns and Lithuania has transmitted an official note to the European Council, urging the Member States and the European Commission to deploy joint efforts ‘convincing Belarus to implement the agreed (…) most important safety improvement measures before the commissioning of NPP’”.

“In the absence of short-term clarifications and serious audited back fitting, the Belarusian nuclear power plant remains a safety black hole at the border of the European Union.”

The project – owned by the UAE’s Emirates Nuclear Energy Corporation (ENEC) and operated by Nawah Energy Company – will become operational in the next few months.

The first unit (Unit 1) will generate around 1,400MW and, alongside three other units, will produce 5,600MW of electricity – up to 25% of the country’s needs.

The World Nuclear Association’s communication manager Jonathan Cobb told Power Technology: “With the UAE and Belarus expected to start up their first reactors this year, we are seeing the first of a new wave of countries choosing to use nuclear energy to help transition to a cleaner energy mix.

“They will soon be joined by reactors currently under construction in Turkey and Bangladesh, with plans for new construction well advanced in countries such as Egypt and Uzbekistan. “

The Canadian Nuclear Association (CNA) and the UK Nuclear Industry Association (NIA) have signed a Memorandum of Understanding (MOU) to advance nuclear technology in an effort to produce clean energy.

The MOU was signed by the two countries during the UK Department for International Trade’s Civil Nuclear Showcase in London, with CNA president and CEO John Gorman saying: “This MOU will help accelerate the wave of innovation in nuclear energy among our member companies.”

“Nuclear energy already makes important contributions to combating climate change. To reach net-zero emissions, global cooperation at the government and industry level will be essential. This agreement between two world-class industries is a key step in that direction.”

“We need to use all low-carbon technologies to meet zero-emission targets. Most models of pathways to low or net-zero emissions by 2050 have an increased share of nuclear, as much as double what exists today. Canada and the UK can play a role in the clean energy future.”

The MOU centred on the need for greater dialogue and exploration of nuclear energy’s role in tackling environmental issues, including demonstrating that nuclear can be a clean energy technology.

The two parties also advocated for the explicit inclusion of nuclear energy in environmental policies and in UK-Canada policy forums.

NIA chief executive Tom Greatrex said: “International cooperation is critical to both the current success and the bright future of the nuclear industry.

“This MOU will further strengthen ties with our Canadian partners and assist in advancing nuclear power as an essential element of clean energy solutions to address climate issues globally.”

The NICE Future initiative – led by the US, Canada and Japan – aims to establish the role of nuclear energy as a source of clean energy by engaging stakeholders and having global conversations.

A UK Department for Business, Energy and Industrial Strategy spokesperson told Power Technology: “In order to eliminate our contribution to climate change by 2050, we need a range of low carbon technologies on the table including wind, solar and nuclear.

“This week we signed a deal with Canada to collaborate with them on the development of advanced nuclear technologies like Small Modular Reactors to bring these innovative technologies to market.”