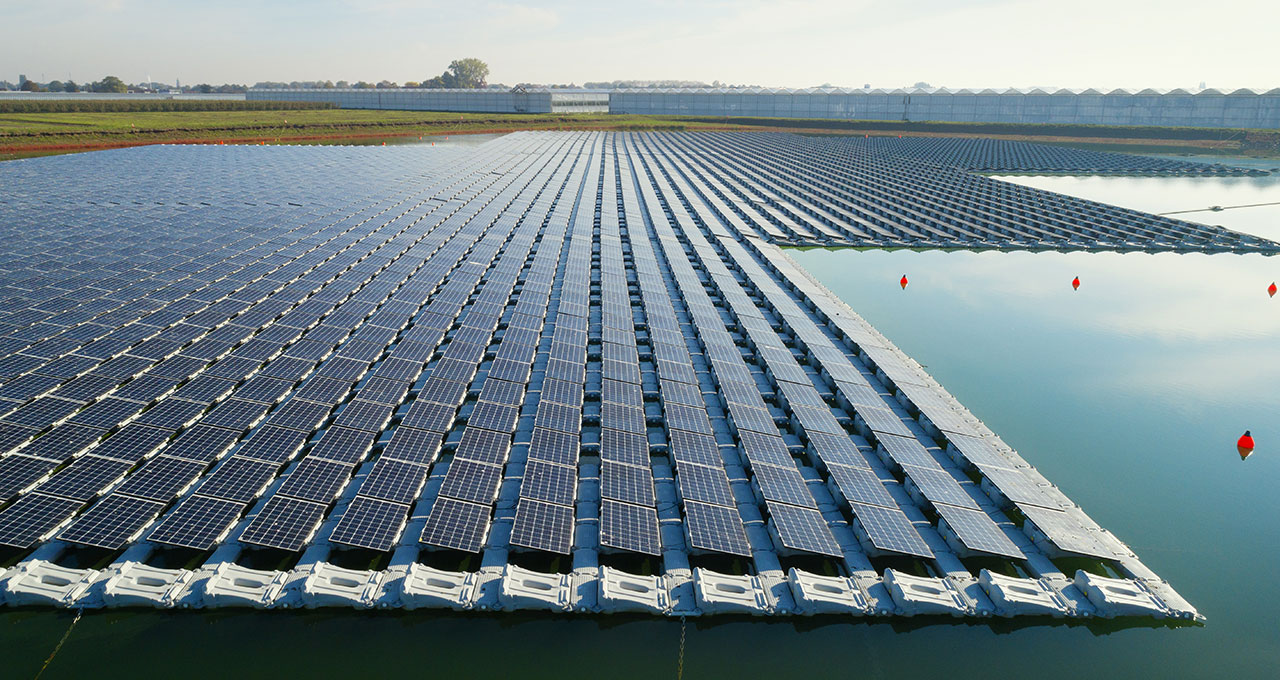 First Floating Solar Panel Plant to Spring up in The Netherlands

As many as 1400 households in Utrecht will soon be powered on clean energy, announced the local authorities. This will be made possible by a new floating solar plant, that will be installed on Haarrijnseplas (Haarrijnse lake). The construction is expected to begin no later than this fall.

According to the project, the floating field will be located on the eastern part of the lake. It is designed so as not to have any negative consequences on recreation and nature. Furthermore, the Dutch city wants to construct the solar island prior to the construction of the energy-neutral neighbourhood of Haarrijn which already has many solar panels on its roofs. The combination of both, should guarantee enough energy to power the entire district, explain the authority.

In other words, the island should generate 4 million kWh annually, which greatly exceeds the needs of the 650 homes of Haarrijn, together with the charging stations and street lighting. The high energy efficiency of the construction will be guaranteed by the natural cooling and reflection of the water.

The solar panels will float separately at a maximum of 1-metre height and will be attached to the bottom of the lake with cables. They will cover about 14% of the eastern part of the lake. Thanks to surrounding greenery, they will be barely visible from the recreational part of the lake and the beach, 150 metres away.

The plant will be provided with greenery from marsh plants. This will assure hiding places and breeding grounds for birds and fish and will also attract insects, bats, shellfish. Thus, the new project should prove itself beneficial to the diversity of marine life, too.

The municipality of Utrecht will soon be launching a public tender for the construction of the floating solar field. The process is expected to begin in the fall of 2020.