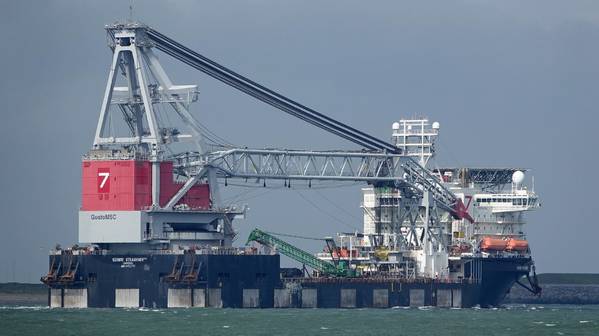 Five people were injured earlier this month while working on the Seaway Heavy Lifting's Seaway Strashnov installation vessel on the Triton Knoll offshore wind farm project in the UK.

This was confirmed to Offshore Engineer by innogy, the operator of the offshore wind development.

"An investigation is being carried out into the cause of an accident which happened overnight on Friday 8 May, involving five people who were working on the Seaway Strashnov for Triton Knoll Offshore Wind Farm," an innogy spokesperson said in an email on Monday.

The spokesperson said that following the incident all five workers were airlifted to the hospital for assessment and treatment.

"Three were discharged the next day and a fourth a few days later, while one person remains recovering in hospital," the spokesperson said Monday.

"The Strashnov and its crew have returned to port while the investigation is underway. Our priority remains the safety and well being of all those involved, and to support the investigation team and the implementation of their findings," the innogy spokesperson added.

A Subsea 7 spokesperson confirmed what innogy had said earlier, adding that the remaining crew "are safe on board and returned to port on Sunday, May 10."

"We are working with the relevant authorities and all other involved parties to enable a comprehensive investigation into the cause of the incident. We would like to thank the emergency services for their support throughout the incident," the Subsea 7 spokesperson said.

The Triton Knoll Offshore Wind Farm is an 857MW offshore wind farm, under-construction at a location 32 kilometers off the Lincolnshire coast.

It is jointly owned by innogy, J-Power, and Kansai Electric Power, with innogy managing the wind farm’s construction and long-term operation and maintenance works, on behalf of its project partners.