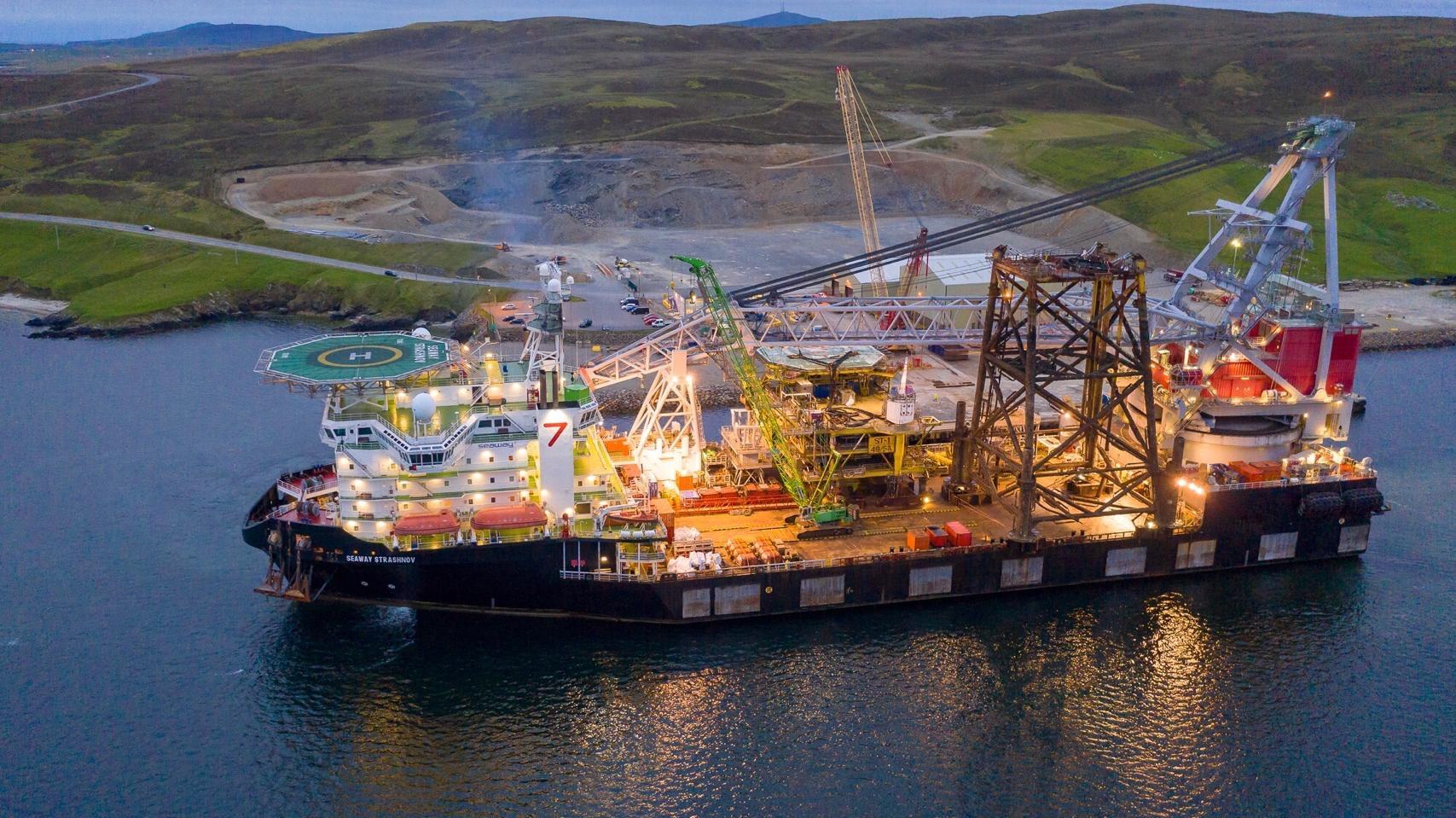 An investigation is underway after a serious accident at Innogy led 860MW, one of Europe’s largest offshore wind farm projects located in the North Sea, left five people injured earlier this month

the accident happened onboard Subsea7's subsidiary Seaway 7's installation vessel on the 08th of May. The accident took place during foundation installation.

“An investigation is being carried out into the cause of an accident which happened overnight on Friday 8 May, involving five people who were working on the SeawayStrashnov for Triton Knoll Offshore Wind Farm.

"At the time, all five were airlifted to hospital for assessment and treatment. Three were discharged the next day and a fourth a few days later, while one person remains recovering in hospital.

"The Strashnov and its crew have returned to port while the investigation is underway. Our priority remains the safety and wellbeing of all those involved, and to support the investigation team and the implementation of their findings."

"Seaway 7 can confirm that five people have been injured following an incident on board Seaway Strashnov, a heavy lift vessel conducting operations on the Triton Knoll offshore windfarm which is located 20 miles off the coast of Lincolnshire, UK.

"All five were transferred to hospital onshore for further assessment and medical treatment following the incident, which happened at approximately midnight on Friday, May 8. Three of the injured were discharged on Saturday, 9 May, with two persons recovering in hospital. The remaining crew are safe on board and returned to port on Sunday, May 10.

"At the time, we mobilized our emergency response teams, who were able to monitor and respond to the situation.

"Our priority is to ensure the safety and wellbeing of all individuals involved.

"We are working with the relevant authorities and all other involved parties to enable a comprehensive investigation into the cause of the incident. We would like to thank the emergency services for their support throughout the incident."

Vessel 'Seaway Strashnov' is currently in Rotterdam in the Netherlands.