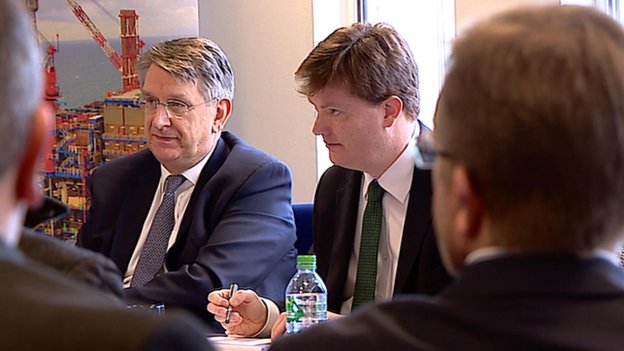 UK’s Chief Secretary to the Treasury Danny Alexander today announced what was described as “significant new government support for the oil and gas industry.”

He and the Exchequer Secretary to the Treasury Priti Patel announced the changes today at a meeting with industry representatives to unveil a further set of reforms and provide further detail on the Autumn Statement measures.

The reforms, described by the Government as ‘radical’, include introducing a basin-wide investment allowance designed to reduce the effective tax rate for companies investing in the future of the UK Continental Shelf.

Furthermore, the government has said it has committed to boosting offshore exploration through supporting seismic surveys in under-explored areas of the North Sea.

To ensure the longevity of the industry, the government will open discussions with the new Oil and Gas Authority on ways to remove fiscal barriers to extend the life of critical infrastructure, in addition to providing access to relief on the decommissioning of assets.

This follows announcements in yesterday’s Autumn Statement, including an immediate cut in the rate of the Supplementary Charge from 32% to 30% from 1 January 2015.

The reforms come as part of the government’s response to a consultation with the industry on the oil and gas fiscal regime that took place over the summer.

Alongside the consultation, the government also looked at ways to boost investment in ultra-high pressure, high temperature projects.

At the Autumn Statement, it announced a new “cluster area” allowance, which ministers and representatives from the industry signed as part of today’s visit.

Chief Secretary to the Treasury Danny Alexander said: “I have always been an advocate of Scotland’s thriving oil and gas industry, which is why I’m here today announcing the government’s ambitious package to continue to support this hugely valuable sector. We’re incentivising and working with the industry to develop new investment opportunities and support new areas of exploration. This will help ensure that the industry continues to thrive and contribute to the economy. This level of support is only possible because we can draw on the combined strength and resources of the United Kingdom.”

Exchequer Secretary to the Treasury Priti Patel said: “Today the government is demonstrating its long term commitment to supporting the North Sea oil and gas industry with a package of measures expected to drive around £7 billion of additional investment. These measures will reduce the tax burden on the industry, driving investment in the North Sea that will provide economic benefits to the UK for many years to come.”

You can download the UK Government’s plan to reform the oil and gas fiscal regime as a pdf here.