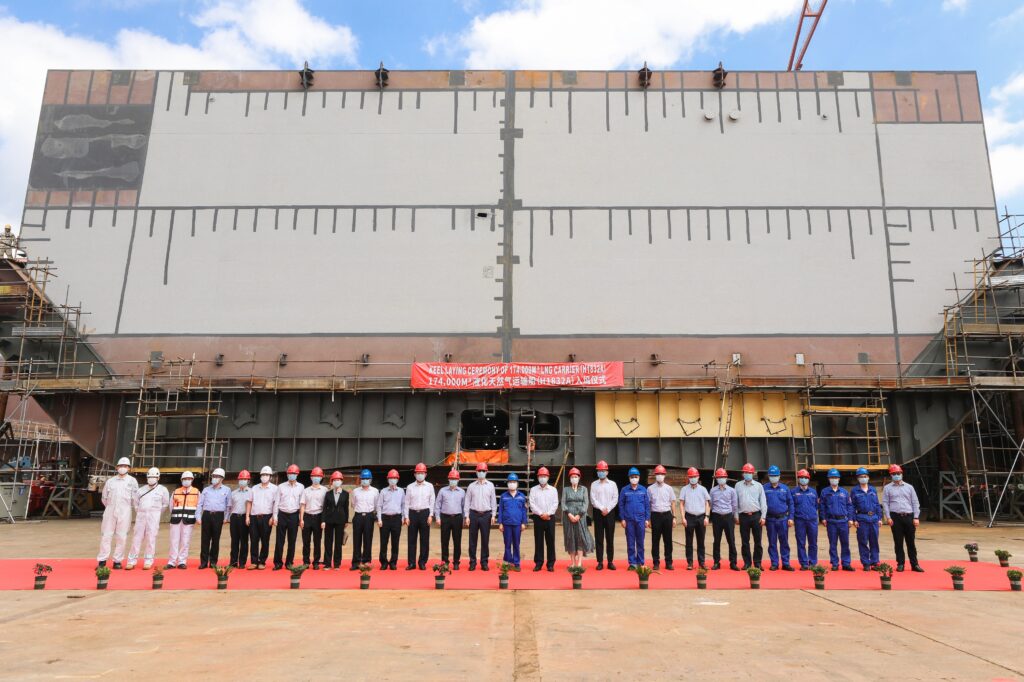 It is the second LNG carrier HZS is building for COSCO and CNPC. The company expects the vessel will meet the latest International Maritime Organisation’s (IMO) emission reduction targets.

In an earlier statement, COSCO Shipping noted the price tag for each vessel is $185 million.

With the three newbuilds, COSCO’s LNG fleet will reach 41 vessels with a total cargo-carrying capacity of 6.95 million cubic meters of the chilled fuel.

In June 2021. HZS laid keel for the first of three ordered last year by the two firms. Following delivery in 2022 and 2023, all the carriers will transport LNG for CNPC’s unit PetroChina.

A year later after the first contract was signed, the duo opted for three more LNG carriers. Under the terms of the agreement, the vessels will boast the fourth-generation “Changxing Series” large-scale LNG ship design.

The new units will also have dual-fuel LNG engines and a low-speed propulsion power system to optimize performance and reduce energy consumption.