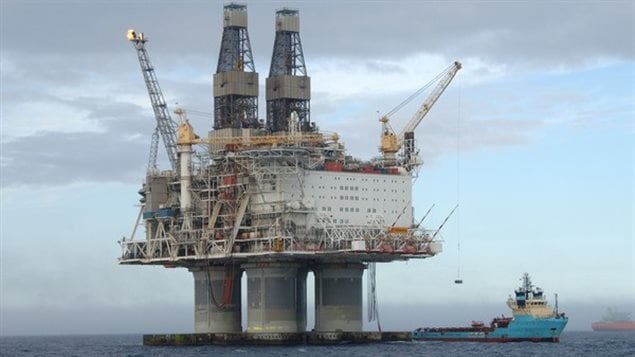 Investigation launched after another safety incident on Hibernia platform

Hibernia Management and Development Company (HMDC) reported that personnel were in the process of completing a pressure test of the high pressure manifold on the Hibernia platform. Personnel had closed the upper diverter valve when the valve handle and gear box cap (which weighs approximately 27 kg) separated and travelled a distance of 3.9 meters.

HMDC immediately ceased operations in the area and has initiated an investigation to determine the potential classification and root cause of the incident, which the C-NLOPB is monitoring. The Certifying Authority has imposed limitations on related equipment until repairs have been completed and the operator has demonstrated that related systems are fit for use.

C-NLOPB said its Safety Officers were already scheduled to travel to the Hibernia platform in the coming days and will follow up with HMDC to review this incident.

This is the fourth near-miss incident to happen on this platform this year following two in March and one in August.

Hibernia is an offshore production platform located at the Hibernia oil field, 315 km from St. John’s, Newfoundland and Labrador, within the Jeanne d’Arc Basin. The platform was towed to the Hibernia oil field and positioned on the ocean floor in June of 1997. It began producing oil in November 1997, making it Newfoundland and Labrador’s first offshore production platform.