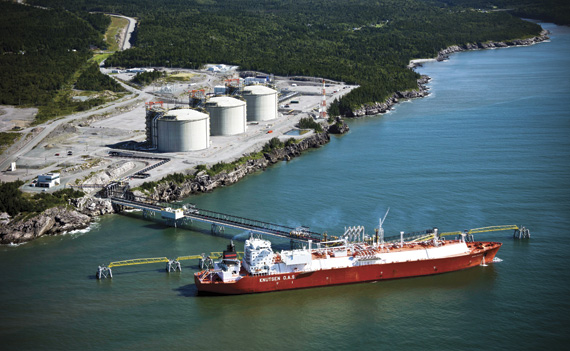 Is This The End Of The LNG Boom?

The glut of natural gas could lead to more cancelled LNG exports in the next few months.

“It is clear that yes we face today people talk lot about the oil market, but the gas markets are suffering a lot,” the CEO of Total SA, Patrick Pouyanne, told investors and analysts on an earnings call on Tuesday. “We are on the way to, I would say, cancel some of the of the LNG tankers during summer time in order to limit some losses.”

Global LNG supply is expected to rise to 380 million tonnes in 2020, up 17 Mt from a year earlier, according to data from Rystad Energy. However, demand will rise by a relatively modest 6 Mt, putting total demand at 359 Mt for the year.

Two obvious things stand out from those numbers. There was an oversupply problem heading into 2020, even before taking the global pandemic and economic downturn into account. Second, the supply overhang will be made worse this year as new additions exceed demand growth.

The market can often digest excess gas, either by burning more for electricity or putting more in storage. “But in 2020, when ample LNG supply is coupled with demand destruction, prices have already hit record lows and storages have already filled faster than usual. Production shut-ins are becoming a realistic possibility,” Rystad Energy said.

Europe has often soaked up excess cargoes, but storage is much higher than usual, leaving little room for extra shipments. That has LNG prices in the Netherlands (a key price marker for Europe) trading below $2/MMBtu. A recent report found that the economics of the LNG market are “imploding.”

“European storage could reach its limit and LNG cargoes with deliveries in the summer months are at risk of being canceled,” Rystad said.

The problem is similar in the U.S. – tepid demand and high inventories. Natural gas prices in the U.S. have also traded below $2/MMBtu for much of 2020, although prices have edged up recently. A depressed economy and weak prices have walloped coal, which is now generating less electricity in the U.S. than renewable energy.

At least 20 LNG cargoes have already been cancelled, according to an April 22 report from Reuters. “[T]hese cargos are unlikely to get placed by other entities since export economics are so far out of the money,” Bank of America said. “Although earlier than we expected, we are not surprised that US LNG exports are getting cancelled, and expect more cargos get cancelled in subsequent months.”

At the same time, the depressed market will surely delay or cancel final investment decisions in new LNG export projects. “Due to the low LNG prices in 2019, and into 2020 amid a global LNG supply surplus and uncertainties in the trade environment, some of the proposed projects are seeing slower progress towards FID,” a recent report from the International Gas Union warned.

But gas bulls have some factors working in their favor. U.S. gas production actually began declining late last year after peaking in November. At first, Appalachian gas drillers were hurting from low prices, made worse by the associated gas boom in the Permian. But the pandemic and meltdown in the oil market has killed off the gusher of gas from the Permian, which could accelerate the tightening of the gas market. “Oil might unintentionally bail out the global gas market this summer,” Bank of America Merrill Lynch said in a report.

Associated gas production could by 0.6 bcf/d by July simply from the recent oil drilling cutbacks. But the actual decline will likely be larger as more curtailments are announced, Bank of America said. “Sluggish oil activity might make natural gas great again!” the bank said, before cautioning that future natural gas prices are “at the mercy of oil prices.” Bank of America forecasts prices for gas in 2021 at $2.75/MMBtu.

Goldman Sachs is more bullish, forecasting gas prices to rise sharply to $3.50/MMBtu by next winter.

That isn’t great news for LNG exporters in the U.S., however. Higher priced U.S. gas means there is little room to ship it overseas, where prices remain depressed.