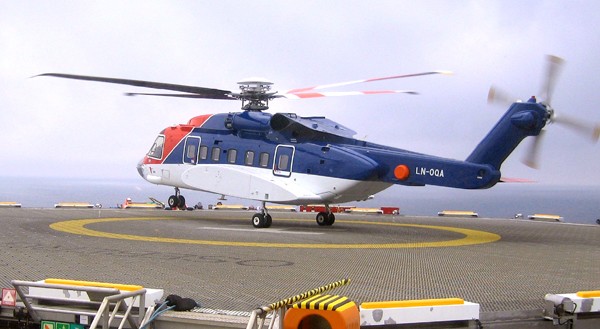 A helicopter carrying offshore crew has returned to its base in Aberdeen from a platform in the North Sea after its passenger doors would not open.

Sources reported, a CHC-operated Sikorsky S-92 helicopter has returned to its Aberdeen base from the Brae Alpha platform in the North Sea, after the helicopter doors would not open.

The helicopter was carrying 18 workers and two pilots who, after the doors would not budge while on the platform, returned and landed at Aberdeen at 9.45 am today.

A spokesperson for CHC has confirmed the incident and explained that returning to base after something like this happens is a normal procedure.

The Brae Alpha platform, located 168 miles (270 km) north-east of Aberdeen, is operated by Marathon Oil. It came on stream in July 1983. The offshore facility is a single, integrated platform consisting of drilling rig, production, utility and accommodation units.