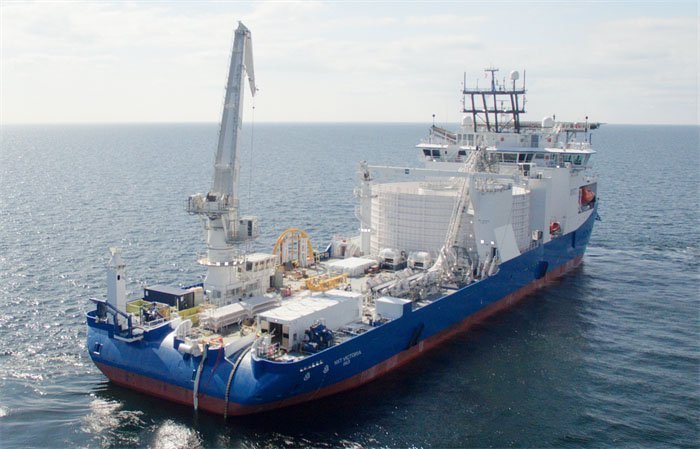 NKT's cable-laying vessel NKT Victoria experienced a near miss incident whilst berthed in Karlskrona, Sweden. The incident involved another vessel operated by Stena Line, one of the largest ferry operators in the world.

At 10 a.m, the ferry Stena Spirit experienced an auxiliary engine power failure in conditions of strong wind. Due to this, the ferry was in drift for a short time near the quay and NKT Victoria .

Although its vessel came close to the quayside and NKT Victoria, Stena Line maintains that there was no collision. A spokesperson for the company stated: "There was no contact or collision. The situation was resolved shortly and Stena Sprit arrived at the quay normally and unloading began before 11 a.m.."

"In total there was 740 passengers and 103 crew members onboard. There were no injuries and no visible damage to the vessel. According to procedures it was inspected and approved by divers, relevant authorities and class register before returning to operation on the Karlskrona – Gdynia service according with a total delay of two hours."

4C contacted NKT, which stated that: "Yesterday, the ferry StenaLine Spirit came very close to NKT Victoria, that was moored in the harbour in Karlskrona. We are currently investigating if any damages occurred to NKT Victoria. No load of cables was taking place and we currently do not expect any delays in her coming projects."