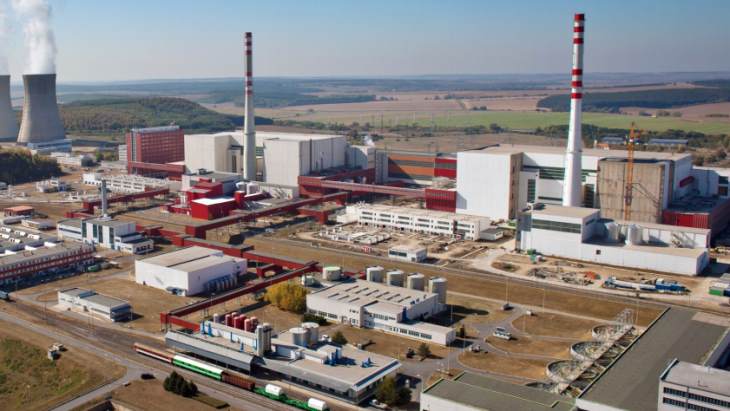 Slovakia's new Mochovce 3 reactor is slated to start up and generate electricity this year with unit 4 following in 2023, according to an energy security report released by the Ministry of Economy. Once it starts up, Mochovce 3 will immediately tip Slovakia's energy balance back to an export footing.

Slovakia is adding significant clean generation capacity in pursuit of the European Union's goals for emissions reductions for its member states. The ministry said it expects 670 MWe of solar and 497 MWe of wind to be added during the next decade in addition to the 942 MWe that would come from the two new reactors at Mochovce.

"The above changes, especially the commercial operation of Mochovce 3 and 4, will significantly change the power balance of Slovakia," said the ministry. "After the start-up of Mochovce 3, the balance sheet character of the system will change from imports of 1.1% in 2020 to exports of 9.0% in 2022."

Mochovce 3 and 4 are VVER pressurised water reactors that have been under construction since 2008. They will each generate 471 MWe.

An operating licence for Mochovce 3 was issued by the Slovak nuclear regulator in May and owner Slovenské elektrárne is expected to load fuel and commission the unit this year. Mochovce 4 should begin operation in 2023, according to the ministry's projections.

Slovakia's other nuclear power reactors are Mochovce 1, which also produces 471 MWe; Mochovce 2; which has been upgraded to generate 500 MWe; and two reactors at the Bohunice plant, producing 466 MWe each.