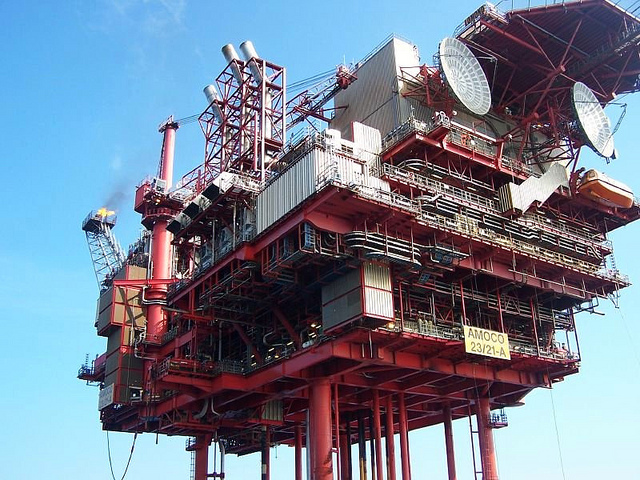 The Lomond Platform has been evacuated as a precaution after a Norwegian supply vessel lost power during a fire on the ship and began drifting in bad weather.
The vessel which caught fire is currently 14 miles from the Lomond Platform
The incident happened at approximately 6am on Friday morning onboard the Edda Frende, a supply vessel for the Østensjø Rederi platform, the blaze was situated in the engine room and has since been brought under control and extinguished, all crew have been reported as safe
The Lomond platform is in the central North Sea and is operated by BG Group, it is situated around 145 miles from Aberdeen.
As a precaution, BG group have moved their employees from the floating hotel or “flotel” at the Lomond platform to safer locations due to the current risk of the boat moving closer to the Platform in the continued bad weather.
A spokesman for said: “The vessel owner is keeping us up to date with its efforts to bring the vessel under control.
“As a precaution we have started to de-mobilise personnel from the Borgholm Dolphin flotel and Lomond platform.
“The Lomond platform has been shut in since October and is undergoing a major investment programme to improve asset integrity and reliability.”
Please leave comments and feedback below