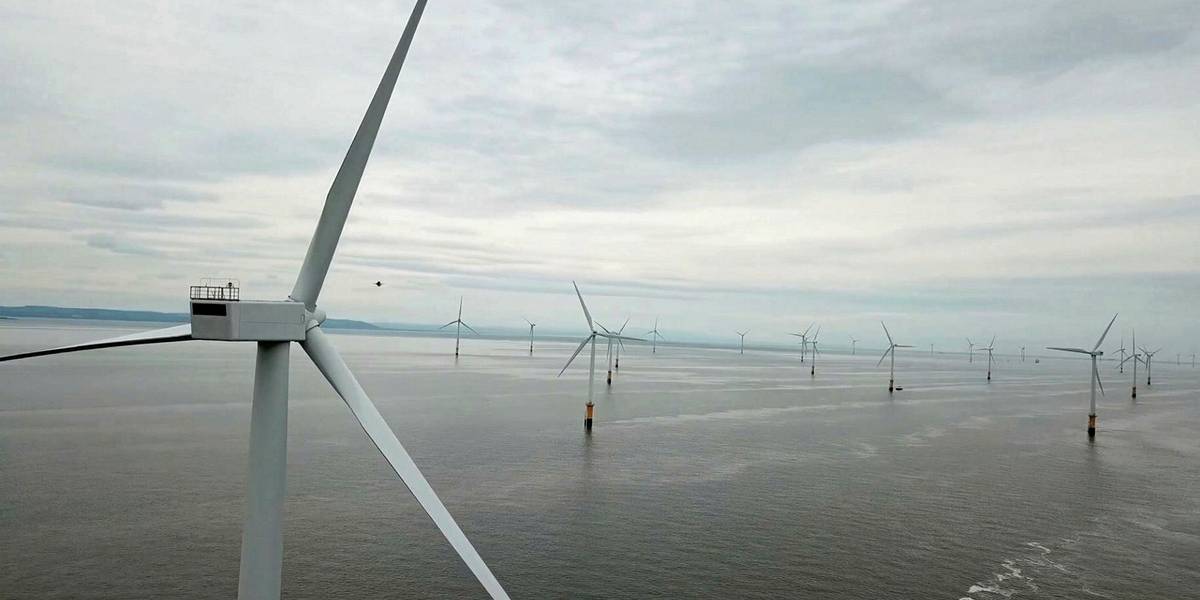 A project to demonstrate the bulk delivery of low-cost green hydrogen from offshore wind has received almost $500,000 of funding from the UK government.

The Gigastack project — to be run by the world’s largest offshore wind developer, Orsted, along with hydrogen specialist ITM Power and consultancy Element Energy — aims to dramatically reduce the cost of green hydrogen by manufacturing ‘stackable’ 5MW electrolysers in gigawatt-scale factories and then deploying them at “very large scale” to “exploit synergies” with gigawatt-scale offshore wind farms.

Zero-carbon green hydrogen — produced inside electrolysers by splitting water molecules into hydrogen and oxygen using renewable electricity — can be used for long-term energy storage and also as a replacement for fossil fuels in transport, heating and industrial processes. Clean hydrogen is considered to be the final piece of the puzzle that could make the entire global energy system carbon-free.

Large-scale deployment of electrolysers has not been possible to date as green hydrogen is currently 5-10 times more expensive than grey hydrogen, which is mainly produced by cracking natural gas and results in 830 million tonnes of CO2 being released into the atmosphere each year, according to the International Energy Agency. The largest electrolyser factories to date are capable of producing less than 30MW of electrolysers each year.

“The deployment of PEM [polymer electrolyte membrane] electrolysers on such a large scale has not been possible to date, as it requires low-cost stack modules which are easily integrated into larger electrolyser systems, and much larger automated manufacturing facilities,” explained ITM.

“ITM Power’s proposed innovations in stack design and manufacturing techniques will address these issues and reduce the cost of installing an electrolyser such that the capital cost contribution to the eventual cost of hydrogen becomes less significant, being dominated by the cost of electricity.

“Ørsted will demonstrate the synergy between gigawatt-scale offshore wind energy deployments and hydrogen that will enable the continued decarbonisation through renewables and a continued cost out of offshore wind power projects.”

The $499,905 awarded by the Department for Business, Energy & Industrial Strategy (BEIS) will fund the six-month feasibility phase of the study, with the implementation phase of the project requiring additional funding.

In this initial phase, ITM will develop the designs for a low-cost 5MW electrolyser and a semi-automated electrolyser manufacturing facility with an annual production capacity of 1GW; Orsted will investigate how offshore wind farms can provide enough energy to allow economic operation of the electrolysers (a higher load factor increases the efficiency and therefore lowers the cost of green hydrogen production); while Element Energy “will conduct market analysis of potential end users, explore business models for the operation of large electrolysers in the energy system and define a roll-out strategy for the first 100MW electrolysers”.

The implementation phase, which would require further funding, would see the 5MW stack being built and tested, the start of construction of the manufacturing facility and the refinement of the business case for large electrolysers, which would help to commercialise the technology.

The funding comes from BEIS’s £20m Hydrogen Supply programme, which saw a total of 13 projects awarded up to £500,000 each. BEIS has also established a d, which could help fund the second phase of the Gigastack project.