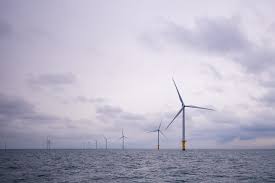 A consortium comprising Parkwind, Quaybridge Scotland, and Maple Power (a joint venture between Enbridge and Canada Pension Plan Investment Board) announced on 20 July that their NextGen consortium was participating in the ScotWind seabed leasing round in Scotland.

According to the consortium, early development work on offshore wind sites in Scotland has already been completed from its base in Quaybridge’s Fife office, including offshore ornithological, marine mammal and metocean surveys, which will reduce the time needed to bring the projects into construction.

“The NextGen consortium’s innovative approach to offshore wind development in Scotland will ensure the creation of high value local jobs and opportunities for meaningful community involvement. From their base in Quaybridge’s Fife office, NextGen has worked closely with stakeholders across Scotland to complete early development work, pilot innovative supply chain interventions and build community level relationships for the last three years”, the consortium states in a press release from 20 July.

The consortium also said it was backed by a number of strategic partners, including BlackRock’s latest Global Renewable Power strategy and Sumitomo Corporation.

As the ScotWind leasing application period closed on 16 July, multiple companies and consortia announced or confirmed their participation, including several oil & gas players.

While the ScotWind leasing process will now continue towards announcing the winners early next year, Parkwind is expected to bid for more offshore wind acreage, in Norway.