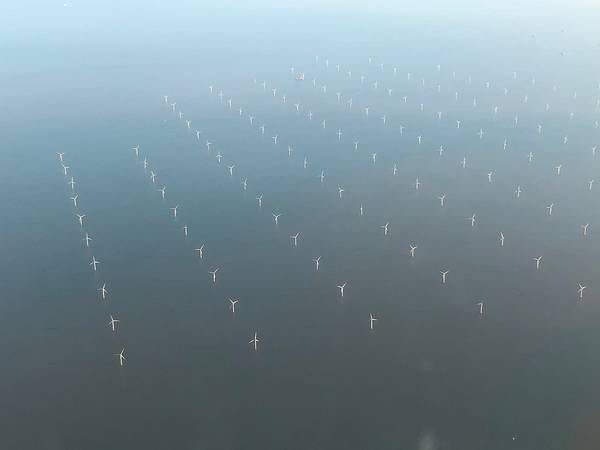 Renewable Energy Is Seizing Market Share During The Pandemic

Renewable energy has surged to  capture a record share of global electricity generation, seizing more market share during the coronavirus downturn.  The steep drop in electricity demand, down by more than a fifth in some parts of the world, has hit energy producers everywhere. But because renewable energy has zero variable costs – the sun and wind are free once solar and wind farms are constructed – coal and natural gas are often pushed out of the market first.

That has renewables holding up a bit better than oil, gas and coal. In fact, renewables in some places are seizing the opportunity, potentially accelerating the energy transition. For example, renewables accounted for 44 percent of power generation in the European Union in the second quarter, up sharply from 37.2 percent in the same period a year earlier, according to Reuters. “We are seeing figures we weren’t expecting to see for another 10 years,” Matti Rautkivi, director of strategy and business development at Finnish energy tech group Wartsila, told Reuters.

The European Union is going further. The bloc just agreed to a 500-billion-euro green stimulus to ramp up renewable energy, electric vehicles, EV infrastructure, and other clean technologies. The European Commission is also considering ratcheting up the ambition, raising the emissions reductions target to as high as 55 percent from 44 percent.

The flip side is that around the world (excluding the EU stimulus), roughly $697 billion worth of recovery investment has been funneled into oil, gas and other carbon-intensive sectors such as aviation, according to Bloomberg NEF. Only $54 billion has gone to green policies. That could change – Joe Biden has proposed spending $2 trillion in clean energy, but that remains on the drawing board for now.

Meanwhile, there is quite a bit of debate about peak oil demand. While there has been no shortage of predictions about peak demand, plenty of analysts still see oil demand rising in the years ahead.

But even some oil executives have come around to the idea of tightening up carbon controls, investments in renewable energy and other climate policy. One reason is obviously to gain good PR. But another reason is investment risk. The longer that governments put off climate policy, the more likely an abrupt policy change occurs somewhere down the line. Such a “disorderly transition” increases the risk of stranded assets, according to Royal Dutch Shell’s CEO Ben van Beurden.

Fracking services, for example, may not fare well. But complex energy projects require services from engineering, procurement, construction and installation. That’s true for both an offshore oil project and an offshore wind project, for instance. These service providers can pivot with the transition. “Around $90 billion, or 40% of the revenue from the top 50 players in the global service market, could potentially be replaced by energy transition projects, such as clean energy infrastructure and renewable energy production development services,” says Rystad Energy’s Head of Energy Services Research Audun Martinsen.

Renewables have not been spared during the downturn. More than 600,000 people working in clean energy in the U.S. lost their jobs during the lockdowns from several months ago. In June, the sector added a little over 100,000 jobs as people got back to work. But that still left half a million people unemployed.

And renewable energy installations are set to fall by 13 percent in 2020, the first contraction in two decades, according to the International Energy Agency.

However, the IEA said that the pandemic “is hurting but not halting global growth in renewable power capacity.” After a “dip year,” new installations will rebound sharply in 2021.

In the meantime, as energy demand contracts, the hit to oil, gas and coal is worse than that of renewables, allowing solar and wind to take market share away from fossil fuels