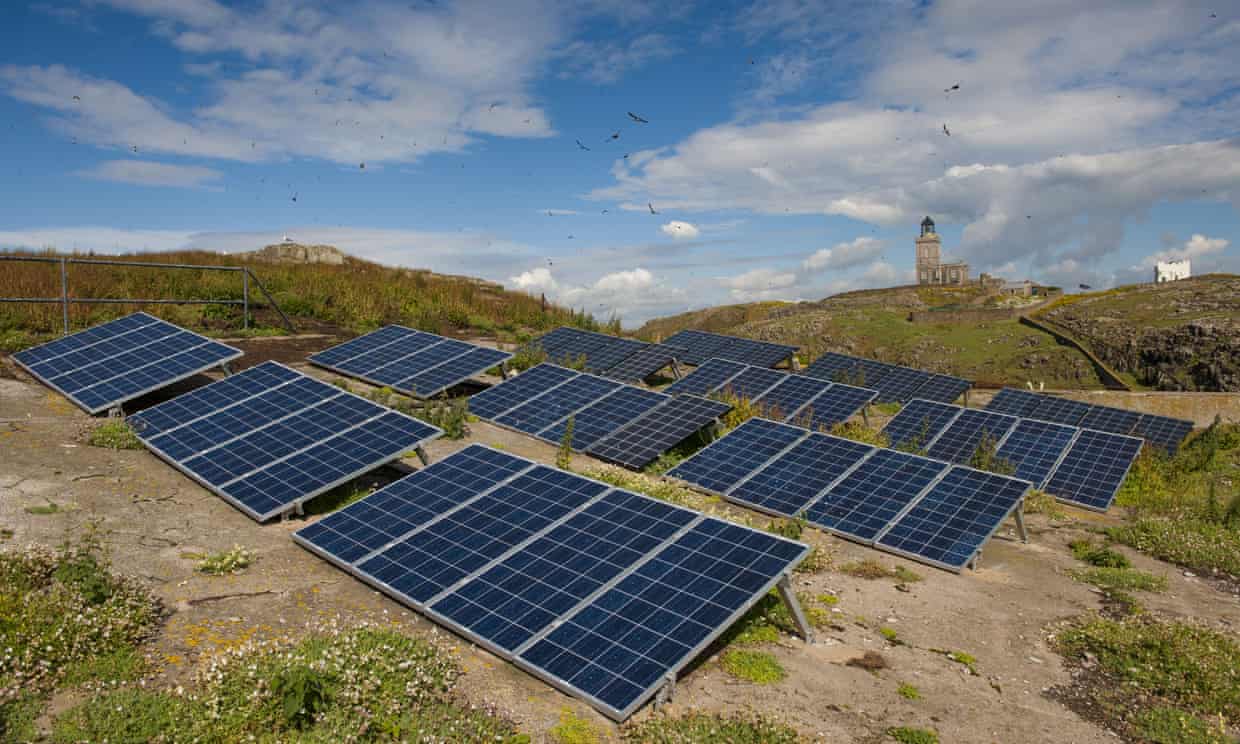 Renewable Energy to Expand by 50% in Next Five Years - report

Global supplies of renewable electricity are growing faster than expected and could expand by 50% in the next five years, powered by a resurgence in solar energy.

The International Energy Agency (IEA) found that solar, wind and hydropower projects are rolling out at their fastest rate in four years.

“This is a pivotal time for renewable energy,” said the IEA’s executive director, Fatih Birol. “Technologies such as solar photovoltaics (PV) and wind are at the heart of transformations taking place across the global energy system. Their increasing deployment is crucial for efforts to tackle greenhouse gas emissions, reduce air pollution, and expand energy access.”

The Guardian reported earlier this month that a renewable energy revolution could end the world’s rising demand for oil and coal in the 2020s, decades ahead of forecasts from oil and mining companies.

Renewable energy sources make up 26% of the world’s electricity today, but according to the IEA its share is expected to reach 30% by 2024. The resurgence follows a global slowdown last year, due to falling technology costs and rising environmental concerns.

However, Birol warned that the role of renewables in the global energy system would need to grow even faster if the world hopes to meet its climate targets.

The report said growing climate ambitions in the European Union and the US played the biggest role in driving the IEA’s forecasts higher, but it will be China which leads the way in rolling out wind and solar energy projects.

The IEA expects solar energy to play the biggest role in jumpstarting fresh growth in global renewable energy because falling costs are already below retail electricity prices in most countries.

The cost of solar power is expected to decline by a further 15% to 35% by 2024, spurring further growth over the second half of the decade.

The appetite of energy-hungry businesses and factories is expected to be the biggest driver of the solar power boom as company bosses exploit falling costs to help cut their energy bills.

But the number of home solar panels is also expected to more than double to reach around 100m rooftops by 2024, with the strongest per capita growth in Australia, Belgium, California, the Netherlands and Austria.

Even after the “spectacular” growth expected for solar over the next five years, panels will cover only 6% of the world’s available rooftops, leaving room for further growth.

“Renewables are already the world’s second largest source of electricity, but their deployment still needs to accelerate if we are to achieve long-term climate, air quality and energy access goals,” Birol said.

He warned that although the potential for solar power was “breathtaking” the rapid rollout could disrupt electricity markets unless regulators and utilities adapt.