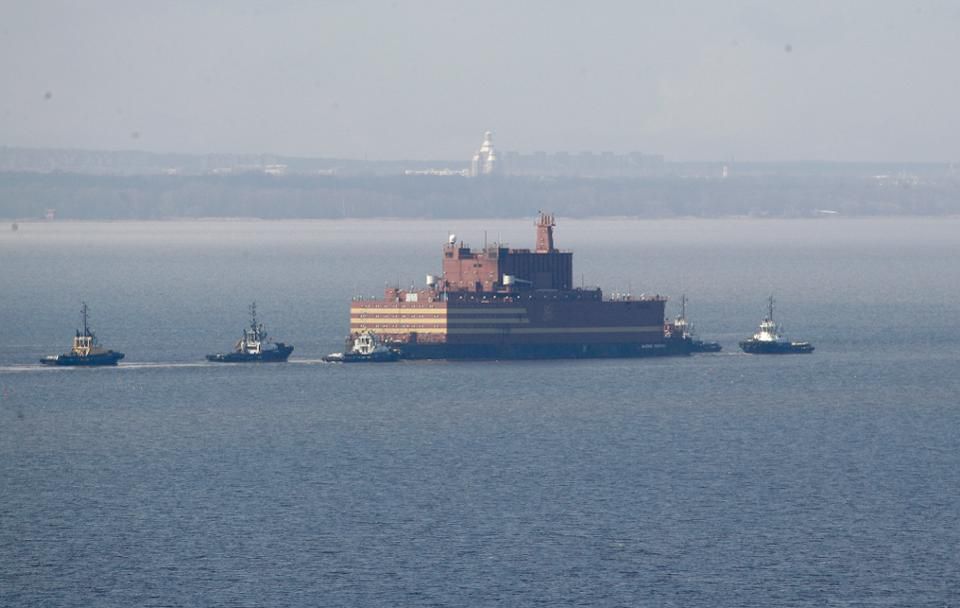 Last month the Akademik Lomonosov, a first-of-its-kind floating nuclear plant built by Russian state nuclear energy corporation, Rosatom, arrived at Pevek, a port town on the remote Chukotka Peninsula in the Russian Arctic. There, the plant is expected to provide power to about 100,000 homes.

The success of this project could mark a sharp change in the way nuclear power is deployed in areas where renewable energy cannot be implemented— and could herald new advances in the fight against climate change. However, despite this promise, the Lomonosov has come under fire from anti-nuclear groups. Greenpeace has dubbed it “Chernobyl on ice”, and staged publicity stunts to get the message across.

Even though Greenpeace’s bias is well-known, their criticism should be addressed. Safety should come first, and environmentalists are right to ask questions. But as Dale Klein, a former head of the U.S. Nuclear Regulatory Commission, said discussing the reaction to the Lomonosov: “It’s just a scare tactic. It’s just to make people think about an accident of some kind. So, it has no basis in science.” The Finnish regulator echoed that sentiment, dismissing fears that the reactor should be a cause for concern.

Rejecting a low-carbon energy source simply on the grounds of the history of accidents in the past is particularly dangerous as the world is losing ground in the fight to rein in carbon dioxide emissions. According to UN WHO estimates, all nuclear disasters to date, including Three Mile Island, Chernobyl and Fukushima caused fewer than 5,000 deaths. That is tragic, to be sure, but in comparison, burning fossil fuels, especially coal and lignite, results in millions of estimated premature deaths every year.

It is true that the EU has seen almost half of its member states already meet their 2020 renewable targets. But with opposition against nuclear energy growing, fanned by misunderstood technologies such as the Lomonosov, what is sorely needed is a genuine assessment of the role the atom must play in order to stave off climate disaster.

The world has set new all-time record highs for carbon dioxide emissions in eight out of the past ten years. There is currently only one major power source that is both constantly available for transmission as needed and CO2-neutral: nuclear power. Most energy experts agree that it has a critical role to play in a world where power demand is growing, but the urgency to lower carbon emissions is simultaneously increasing. It is therefore tragic that organizations claiming to be champions for a sustainable future unwittingly promote the continued use of fossil fuel through their opposition to nuclear energy.

A case in point is Germany, where anti-nuclear sentiment has long historical roots. Spurred by the Fukushima accident, these forces pushed Angela Merkel to phase out nuclear energy by 2022 – the so-called Energiewende. While the share of renewables in the country’s energy mix has increased, coal power also ticked back up. As a result, the closing of nuclear reactors has set Berlin on track to miss its own 2020 target of reducing emissions by 40 percent over 1990. Despite the obvious shortcomings of the Energiewende, the German Green Party has doubled down, recently making headlines by pushing for a global nuclear phase-out and attacking the UK’s Hinkley Point project.

The clash between theory and reality between nuclear and CO2 emissions is even more obvious when looking at France’s energy mix. Seventy percent reliant on nuclear energy, Paris boasts one of the lowest CO2 emissions per capita of any developed country, at just 4.6 metric tons per capita. Despite this, green groups have lambasted president Emmanuel Macron for refusing to follow Germany’s example and even prompted his environment minister to quit in protest.

When it comes to power sources, there is no such thing as a free lunch – they all come with trade-offs. Natural gas produces fewer CO2 emissions per unit of energy but methane leaks occur; the production of solar panels requires a host of toxic chemicals with adverse environmental impacts; and wind turbines lead to habitat loss and fragmentation.

The pros for nuclear power are similar to the pros for renewable energy: power is produced without ongoing carbon dioxide emissions. But nuclear has critical advantages that renewables lack: it isn't intermittent, it is highly scalable, and it can be adapted to energy peaks and slumps throughout the day. It pairs very well with intermittent renewables in keeping the grid stable and clean.

But nuclear incidents have to be taken extremely seriously. Complicating the situation still further, nuclear power is somewhat of a paradox: it falls into the very low-risk category, meaning it’s highly unlikely that anything bad will happen. But it is also in the extremely high potential consequence category, where a major accident could have sweeping long-term consequences. Environmental groups like Greenpeace have given an outsize weight to the possibility of such a rare, serious accident—sidelining the reality that the world will fall short on essential climate goals without nuclear power.

Many nuclear naysayers have failed to understand the difference between fail-safe and fail-proof designs. To be fail-safe means that if an accident does take place, the system goes to a safe state. A simple example of this is an electrical fuse. If too much current tries to flow across the fuse, it melts and stops the flow of electricity. Modern nuclear plants are designed to provide fail-safety using technologies that weren’t available in the early day of nuclear energy (in the 1960s and 1970s).

By contrast, environmentalists expect nuclear designs to be fail-proof – an unreasonable metric that is unlikely to be achieved. No energy source is fail-proof: coal and gas plants explode, solar panels catch fire (as has happened in multiple Walmart stores in the US), dams burst and the rotor blades of wind turbines shatter. Yet only nuclear plants are held to this standard, in spite of data showing that it is the safest energy source per TWh produced.

Policymakers should not give in to pressure stemming from a deep misunderstanding of nuclear power. Whether activists like it or not, the technology is currently the only one promising to successfully limit carbon emissions while meeting growing power needs.