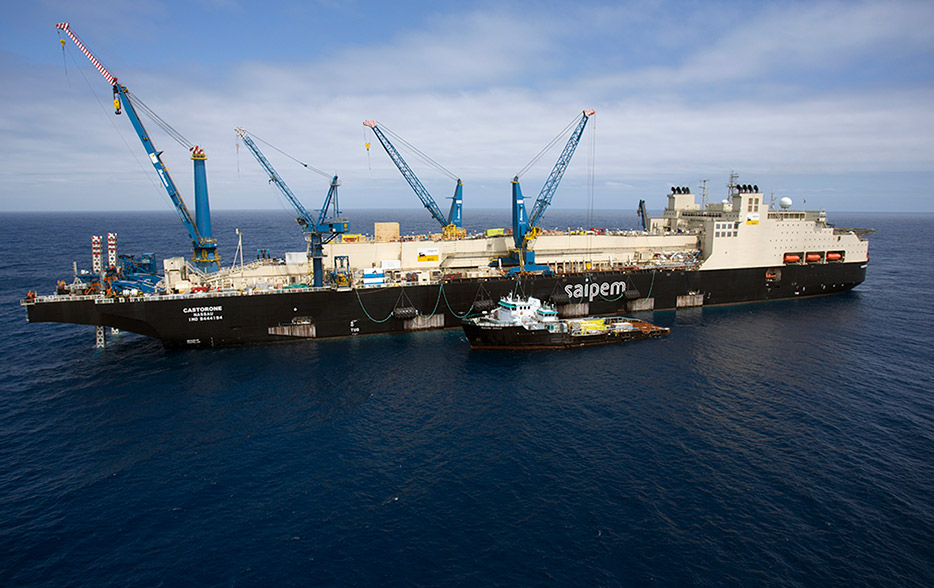 Saipem has secured an E&C contract with EniMed, a subsidiary of Eni, for the transportation and installation of an offshore gas pipeline connecting the four wells of Argo and Cassiopea Fields to the Sicilian coast.

Pipelay vessels Castorone and Castoro 10 will install the 60-kilometer-long 14” gas pipeline in water depths reaching a maximum of 660 mt.

In addition, Saipem 3000 will install umbilicals connecting Cassiopea wells to the Prezioso Platform.

Saipem said that the contract is worth approximately €300 million or about $307 million.

To remind, Castorone and Coastoro 10 are currently busy with work on the giant Sakarya gas field project development in Türkiye.

Castoro 10 arrived in Türkiye at the beginning of June. The vessels are in charge of laying and installing the pipes that will carry the natural gas in the shallow water area under a contract that Saipem secured with TPAO in November 2021.

The Cassiopea and Argo fields form part of a phased offshore gas development located in the Strait of Sicily.

It is said to be the largest greenfield gas development in Italy and, once onstream, will become one of the country’s main producing gas fields. Net peak production is expected to be 10.3 kboe/d.

Eni is the operator and holds a 60% stake, with Energean holding the remaining 40%.

The fields will be developed via four subsea wells – including two new wells and two recompletions – with a subsea production system and sealine using existing facilities for shore approach, well control and chemical injection from an existing Eni platform, and onshore gas treatment, in synergy with Gela Refinery operations.

Tie-in points have been included in the production system to 83, allowing a series of low-risk exploration prospects, such as Gemini, Centauro, and Vela, and other existing discoveries, such as Panda, Panda West, to be tied in and hence maintain production, according to Energean.

First gas is expected in the first half of 2024.