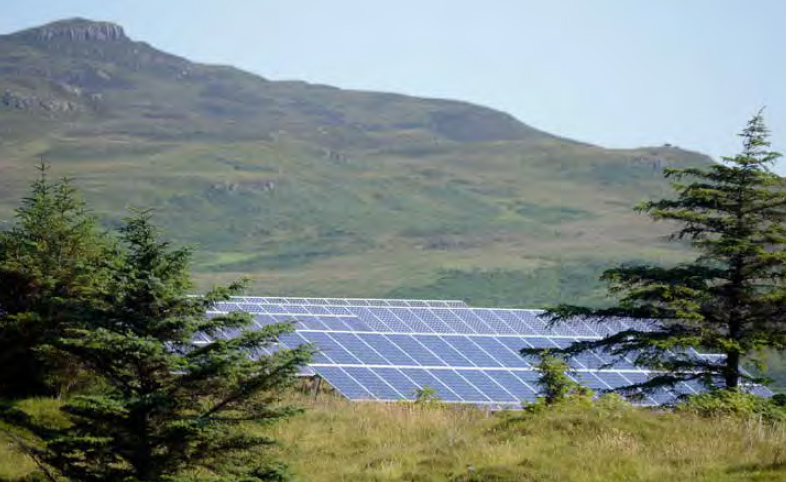 Solar Energy Scotland has called on the Scottish Government to set out policy actions to ensure the country delivers its “fair share” of UK solar power potential.

The trade body has urged the government to set a clear minimum target of 4GW of installed solar capacity by 2030, with an ambition for 6GW also within reach.

380MW of the goal is already installed in Scotland.

The Scottish government is already proposing an 8-12GW target for onshore wind and 11GW for offshore wind, although they have not stated a goal for solar.

Solar Energy Scotland said specific Scottish Government policy interventions are required, some to level the playing field between Scotland and the rest of the UK.

These should include increasing permitted development rights for commercial rooftop installations and maintaining complementary conservation grazing and biodiversity incentives for farmers while hosting solar developments.

“For too long solar has been largely overlooked and suffered unconscious bias that Scotland's weather better suits other renewable energy technologies that harness power from wind and water.

“As a technology, solar can generate both electricity and heat, it is modular so can be deployed as a micro-renewable or at utility scale. It can be located in rural locations or urban centres.

“It can be partnered with a broad range of other technologies such as wind, battery, hydrogen and electric vehicles. It can make more efficient use of the electricity grid. Most importantly it has reduced in cost by 60% since 2010 making it low cost and affordable.”