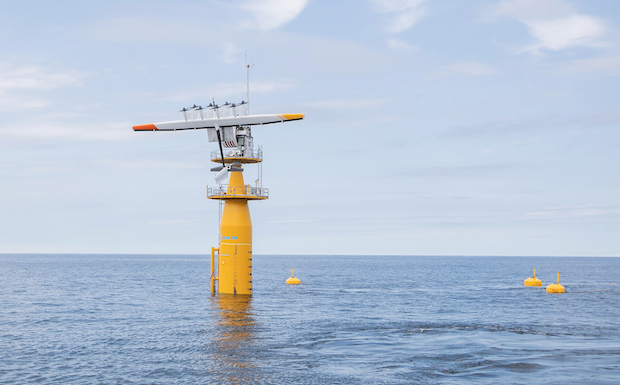 Makani an independent company within Alphabet, develops airborne wind turbines with the support of Google X and the U.S. Department of Energy office of ARPA-E., is partnering with Shell to bring energy kites to offshore environments.

According to Fort Felker, CEO at Makani, "The first flights of Makani’s energy kite from a floating platform are a big step towards increased access to energy resources that are currently stranded above waters too deep for fixed wind turbines."

Makani’s energy kite flew over the North Sea, with an intention to breakthrough within offshore renewable energy sector, harnessing strong and steady energy from wind.

Makani to achieve several technical milestones before testing the models in the real world, which includes, integrated base station with a floating platform, marinized hardware, and extended autonomous flight controls system to handle flight from a dynamic base station.

Felker added, "To demonstrate our offshore flight capability, we completed two flights from the floating platform. The first quick flight included launch, hover away from the perch, and an autonomous landing. The second, longer-duration test, demonstrated robust crosswind flight. The kite flew beautifully, accurately following commands from the flight controller, and affirming that its motion and that of the floating platform matched our pre-test simulations. In preparation for landing, the kite smoothly transitioned out of crosswind into a stable hover. "

In the future, Makani’s energy kites could be deployed from small and medium-sized ports around the globe, without the need for specialized vessels or massive cranes.

Makani planned to work with Shell to optimize its floating platform and mooring system, minimize the need for personnel to access the kite at sea before or after flight, and connect to the grid.