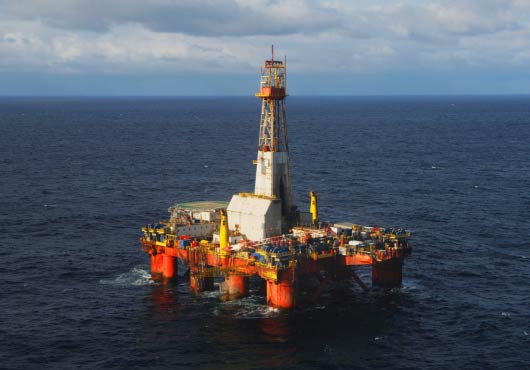 Statoil to Drill in Krafla

Statoil has received consent from the Petroleum Safety Authority (PSA) Norway to carry out exploration drilling of well 30/11-11 in the Krafla prospect, in the North Sea.

Statoil is the operator for exploration licences 272 and 035 in block 30/11 in the northern part of the North Sea.

Exploration well 30/11-11 is to be drilled in a prospect called Krafla. The area is around 24 kilometres south-west of Oseberg Sør and 130 kilometres from the nearest land, at Øygarden in Hordaland county.

Water depth at the site is 106 metres. The drilling work is expected to last for 67 days.

The well will be drilled by Transocean Leader, which is a semi-submersible drilling rig of the Aker H-4 type. It was built by Hyundai Heavy Industries in South Korea in 1987, and upgraded in 1997 and 2012. The rig is registered in the Marshall Islands and classified by DNV GL.

Transocean Leader was issued with an Acknowledgement of Compliance (AoC) by the PSA in December 2004. According to Transocean, the rig will have a new client next year.