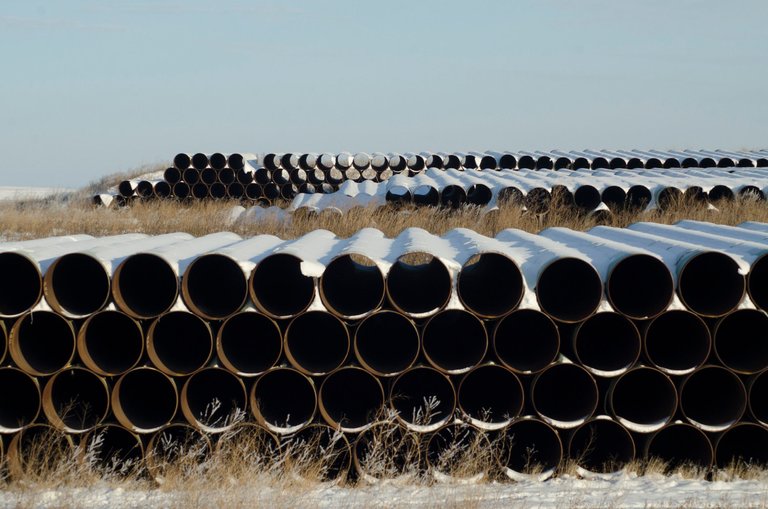 The U.S. Presidential election coming up in November may well decide the fate of the infamous Keystone XL oil pipeline, with the conservative right and the liberal left facing off in a race that could shape the fate of the North American energy landscape for decades to come.  Politics is not for wimps--neither is oil pipeline construction in a climate that has labeled oil pipelines as pariahs in North America. And the Keystone XL project is a spectacular pawn in an extremely visible environmental battle.

The project is already underway and has permits, reinstated by President Trump. So, is it now really in jeopardy?

Presidential hopeful Joe Biden has promised to ax the entire Keystone XL project and has made it a part of his political campaign. President Donald Trump, on the other hand, has vowed to move forward with the oil project full-steam ahead.

And this isn’t the first time the fate of this pipeline project has been tied to the highest office in the land.

Former President Barack Obama nixed the project back in 2015 when he determined that Keystone XL “would not serve the national interest of the United States.” At the same time, he said that the project occupied “an overinflated role in our political discourse.”

True, indeed--and it turns out it is as true today as it was then.

Is the Public Ready to Scrap Keystone?

Forget those politics for the moment. Is the public really ready to give up on a project that would carry oil from Canada’s tar sands to refineries on the Gulf Coast that rely on crude of the heavy variety? Are they ready to kick the habit? What is the alternative to this source of oil for U.S. refineries and for our citizenry?

The public battle over Keystone XL is perhaps not reflective of the true Keystone sentiment. While oil pipelines are continually scorned in North America--prominently in the media--signs indicate that U.S. citizens--for all their indignance over dirty fossil fuels--are not ready to make sacrifices that would lower the demand for these fossil fuels.

Take auto sales, for example. Tesla has invaded the media as the cleaner automobile--a champion for going green and a hero in a battle that many hope will squash demand for fossil fuels forever. But what is being played out in the media--this climate consciousness that is politically correct and the often touted as the only publicly acceptable position--is contradicted by data.

What data? For one, data that suggests people really love those gas-guzzling SUVs. SUVs reached a major milestone in 2019, accounting for nearly 50 percent of all new vehicle sales in the United States, and more than 40 percent worldwide.

As a portion of overall vehicle sales, this is a global record. So despite what people say out loud to their friends, and no matter what green bloggers and the media would have everyone believe, the data suggests that it is all too easy to admonish Keystone XL while commuting to work in their superconvenient soccer-mom SUVs.

If the public isn’t ready to give up on those SUVs--and the transportation sector accounts for nearly a third of overall oil demand--are they ready to give up on some other oil-demanding practices, such as tech stuff like the internet? This is doubtful.

Are there other alternatives to Keystone? Sure. Like resuming imports of Venezuelan oil, which is heavy like Canada’s. How about moving oil by rail? That idea is even less popular than pipelines.

Even without a viable alternative, Keystone XL will likely factor into presidential campaigns.

Will Biden really cancel the entire pipeline project if he were to win the presidency? Perhaps. Obama did. But Biden’s recent speaking out against the fossil fuel project panders to the Bernie Sanders’ supporters that Biden hopes will come out and vote in order for him to win.

Sanders spoke out against the XL and even promised to shut down the existing Keystone pipeline after a roughly 9000-barrel spill, should he become president.

Sanders has done a pretty good job bringing Biden closer to the left edges of the party, which is comprised of some who have expressed their reluctance to come out to the polls just to vote for not-Trump.

Veering more closely to the left fringes, Biden is not only lashing out against Keystone XL, but against Canada’s tar sands industry in general. In an interview with CNBC, Biden said that not only has been against Keystone “from the beginning, it is tarsands that we don’t need -- that in fact is very, very high pollutant.”  In an attempt to pacify the middle ground--and the steelworker and construction unions that typically support democrats--Biden added that we would “transition gradually to get to a clean economy.”

Biden added that he doesn’t see the Keystone project as keeping the industry moving, saying that that concept is “just not rational. It does not economically, nor, in my view, environmentally, make any sense.”

The current version of Keystone--operating for a decade--moves about 600,000 barrels of Canadian oil to the US every day. The expansion would add capacity to move 830,000 barrels per day.

Alberta’s Minister of Energy Sonya Savage responded this week to Biden’s promise to revoke Trump’s reinstatement of the Keystone XL project. “While we are disappointed to hear these reports from the Biden campaign, we remain confident Keystone XL remains a critical part of North America’s post-pandemic economic recovery,” adding that Keystone XL was the most studied in American history, but was careful not to wade directly into American politics.

“Rather than speculating about the outcome of the U.S. election, we will spend our time continuing to meet with our U.S. allies and speak to Alberta’s role in supporting North American energy independence and security,” the Minister added.

While it is clear that Keystone XL will factor into the elections, whether it will truly bring about an end to the pipeline is questionable. If elected, would Biden return to the merry middle of his party, handing Alberta and U.S. oil refineries a much-needed win for their oil industries? Or would he follow in Obama’s footsteps and quash the unpopular project? We just don’t know.

But what we do know is that it is a near certainty that if President Trump is elected, the pipeline project will be complete.