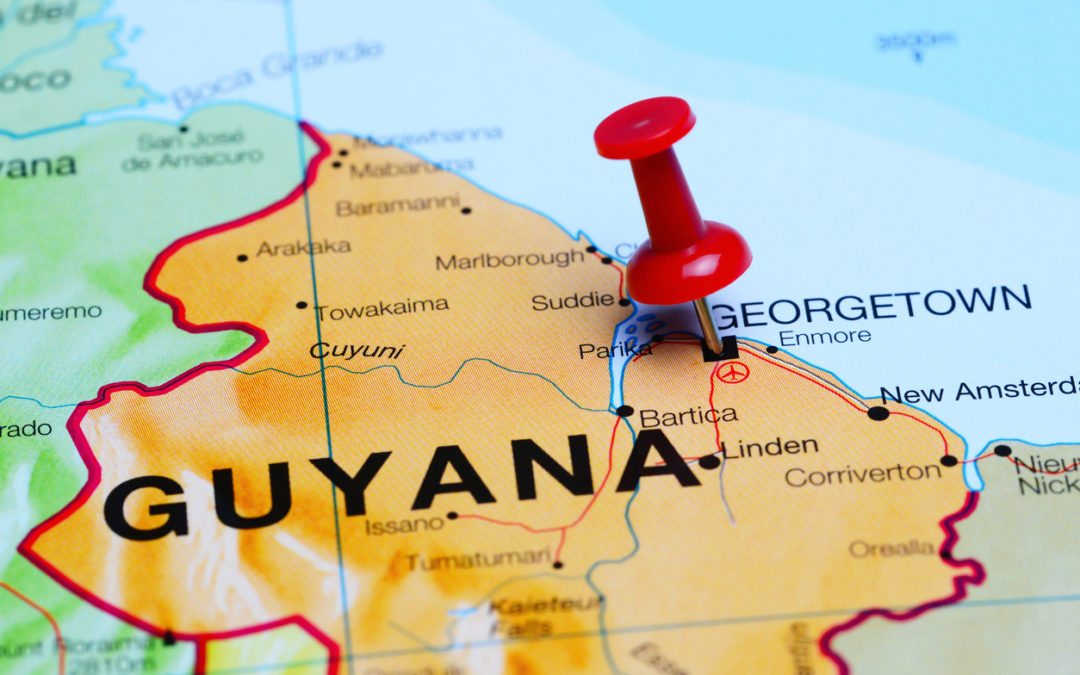 The World’s Newest Oil Boom Is Facing A Major Problem

After a series of major offshore oil discoveries since 2015, with the largest ever made earlier this year, the tiny South American country of Guyana has become a hotspot for international oil majors. The deeply impoverished former British colony’s oil potential is being compared to nearby Brazil and that country’s prolific pre-salt oil fields. By February 2020, another oil discovery by Exxon in the Starbroek block lifted the global integrated energy major’s recoverable resource estimate to 8 billion barrels.  If that assessment translates into oil reserves, it will catapult the impoverished South American country into an exclusive global club comprised of the top-20 countries by oil reserves. This highlights the considerable oil wealth possessed by Guyana and its population of 800,000 people. Those discoveries sparked an investment frenzy as foreign oil majors and smaller upstream explorers scrambled to acquire interests in various offshore oil blocks in Guyana.

It is easy to understand the substantial interest in Guyana’s offshore oil potential. The Guyana-Suriname basin, two decades ago, was rated by the U.S. Geological Survey as the second-most prospective unexplored oil basin globally. Guyana’s deep-water offshore hydrocarbon complexes have been compared to Brazil’s prolific offshore oil basins.

The economics are impressive. According to industry consultancy Wood MacKenzie, Guyana’s Liza Complex, where Exxon’s discoveries were made, has development returns over 30% and full-life breakeven costs of $40 per barrel. That makes them highly attractive to develop, even in the current difficult operating environment created by the COVID-19 pandemic and March 2020 oil price crash.

Exxon’s 2017 Liza discovery alone, in the Stabroek Block, is estimated to hold 100 million to 150 million barrels of oil equivalent. In December 2019, Liza Phase 1, comprising 17 wells, started pumping oil in December 2019 and is expected to reach full production capacity of 120,000 barrels daily during 2020. The Liza Phase 2 project, which is expected to come on-line by the end of 2022, will add another 220,000 barrels daily of oil production.

Exxon is also working on the Payara development which could commence operations as early as 2023 producing 220,000 barrels of oil equivalent daily. The oil major anticipates it will be producing 750,000 barrels of oil equivalent per day from the offshore Stabroek Block by 2025. The integrated energy major isn’t the only oil company operating in Guyana. Other international oil explorers and producers have acquired interests in various offshore oil blocks, among them Hess, Tullow Oil, Equinor and CGX.

Exxon’s significant investment coupled with the interest of many other international oil companies increases the likelihood of Guyana realizing its oil potential. If Exxon successfully executes the projects under way Guyana’s will become the fourth largest oil producer in Latin America. That is bound to generate considerable wealth, even at today’s low oil prices, for the deeply impoverished country.

The development timeline for Guyana’s offshore oil discoveries are remarkable. In the space of roughly five years the first discovery has achieved commercial production.  That can be attributed to the appealing economics with breakeven prices of $30 per barrel or less and an impressive rate of return for the capital invested.

For these reasons, even the latest oil price crash will do little to slow investment and Guyana’s burgeoning oil boom will keep growing at a solid clip. The petroleum bearing geological formations in the Guyana-Suriname Basin have been compared to those which underpin Brazil’s prolific pre-salt oil fields. Brazil’s state-controlled oil company Petrobras claims its pre-salt wells have an average lifting cost of roughly $5 per barrel and breakeven at around $21 per barrel. That, along with accelerating investment in Guyana’s oil fields leading to technological and infrastructure improvements, indicates that breakeven costs could fall to well under $40 per barrel. Industry consultants Wood Mackenzie issued a report earlier this year pointing to a $30 per barrel breakeven price for the Stabroek block. That makes Guyana’s offshore oil plays an especially attractive long-term investment even in the current difficult operating environment.

The impoverished South America country’s considerable petroleum wealth and rapidly growing oil production will give the economy an unimaginable boost. The IMF forecasts that Guyana’s 2020 gross domestic production will expand by an incredible 53% year over year. That is compared to the IMF predicting Latin America’s regional GDP will shrink by 9.4% this year.

While Guyana possesses the potential to become a leading petroleum producer and experience unimaginable economic growth, leading some analysts to claim it could be the next Qatar, there are fears it isn’t adequately equipped to manage such a monumental oil boom. Recent events point to Guyana being a risky and unstable jurisdiction. The South American country is mired in a political crisis which emerged from the disputed March 2020 election. There were allegations of vote tampering and electoral fraud. The country’s political system is ethnically divided, further complicating the impasse.

The longevity of the unresolved crisis could lead to an illegitimate government. Such governments are more likely to engage in unscrupulous activities as well as implement highly bureaucratic legal and regulatory frameworks that can be easily compromised, facilitating corruption. A long history of weak government institutions and a lack of transparency relating to the award of petroleum licenses, as well as related profit-sharing agreements, is ringing alarm bells.

Those risks are heightened by the global COVID-19 pandemic and the U.S. demanding that President David Granger step aside and comply with the election results. U.S. Secretary of State Pompeo has flagged visa restrictions for anyone Washington believes is undermining democracy in Guyana.

Such circumstances could cause Guyana’s vast oil wealth to be squandered. They also ratchet-up the political risk for oil companies investing in the South American country. Guyana will become South America’s latest mega oil boom that even the latest oil price crash can’t derail, but geopolitical risks abound. If they materialize, those risks will fuel further instability creating a tense political atmosphere and murky regulatory environment. This could delay oil projects costing the government billions of dollars in revenue and act as a deterrent for further investment.