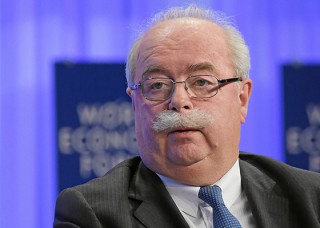 Total says that on October 20 after 10pm (Paris time), a private plane collided with a snow removal machine at Vnukovo Airport in Moscow.

Four people were found dead at the scene of the accident, including three crew members and Christophe de Margerie, the statement by Total reads.

Total said that, “the thoughts of the management and employees of the Group go out to Christophe de Margerie’s wife, children and loved ones as well as to the families of the three other victims”.

Christophe de Margerie joined the Group after graduating from the École Supérieure de Commerce in Paris in 1974. He served in several positions in the Group’s Finance Department and Exploration & Production division. He became President of Total Middle East in 1995 before joining the Group’s Executive Committee as the President of the Exploration & Production division in May 1999.

He then became Senior Executive Vice President of Exploration & Production of the new TotalFinaElf group in 2000. In January 2002 he became President of the Exploration & Production division of Total. He was appointed a member of the Board of Directors by the Shareholders’ Meeting held on May 12, 2006 and became Chief Executive Officer of Total on February 14, 2007. He was appointed Chairman and Chief Executive Officer of Total on May 21, 2010.