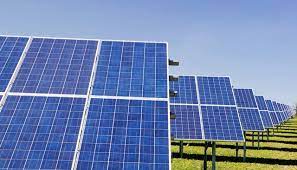 Vattenfall has received a permit to build a solar farm in Almere, the Netherlands, to trial a combination of solar panels and strip farming.

In the Symbizon project Vattenfall, together with other parties, is investigating the combination of a 0.7MW solar farm with strip farming in order to obtain new knowledge and insights into the efficient use of land.

The project is being carried out with Top Sector Energy funding from the Dutch Ministry of Economic Affairs.
The aim of the so-called Symbizon project is to show that a smart combination of solar panels and strip cultivation maintains the land for food production, improves its ecological properties and at the same time provides a positive business case for Vattenfall and the farmer.

Vattenfall's head of solar development in the Netherlands Annemarie Schouten said: "In the solar farm we alternate rows of panels with strips where various crops are grown for organic farming.

"This means that far fewer solar panels are being installed per hectare than is usual.

"To ensure sufficient light yield, we use double-sided solar panels.

"They catch the reflected light from the soil, the crops and the adjacent rows and use it to produce solar energy.

"The panels also rotate with the sun to maximise yield."

During the four-year pilot project, a solar tracking algorithm will be developed by innovation organisation TNO that tracks crop and energy yields and the effects of herb strips, weather forecast, energy price and soil conditions.

The algorithm will be optimised where possible in cooperation with Vattenfall and Aeres University of Applied Sciences.

Also, the effect of the solar tracking system on crop yield, diseases, and ease of use for the farmer is monitored by Aeres Hogeschool, ERF, the largest private organic farm in the Netherlands, and Hemus, a foundation that wants to promote the change to nature-inclusive agriculture.

These parties have already gained extensive experience in strip farming.

Schouten said: "The granting of the permit is an important milestone for the project.

"Now that it is clear that the park may go ahead, it is up to Vattenfall to decide whether the solar park will actually be built.

"That decision is expected by the end of the year and, if positive, construction will begin in early 2022."