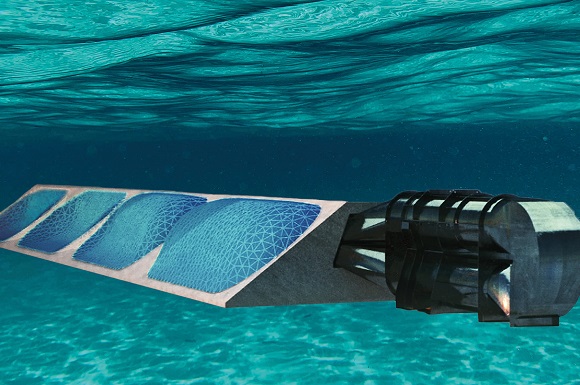 The March publication of the ‘Ocean Energy Key Trends and Statistics 2019 Report’, by Ocean Energy Europe (OEE) highlights clear evidence that the wave energy market is expanding and gaining momentum.

Deployments are growing steadily with capacity up by 25% from the previous year. This reflects technological advancement and sustained Research, Development & Innovation funding leading to continuous improvements. Maximising the abundant natural resource proffered by the Atlantic coast, project installations stretch from Portugal to Scotland having reached a cumulative install capacity of 11.8MW since 2010. 1.5MW is currently in the water, the remaining 10.3MW has been decommissioned following the completion of testing.

The International Energy Agency predicts that wave energy can provide 10% of the world’s global needs by 2050. The OEE report reflects the current drive and ambition amongst European based developers like Bombora to play a significant role in delivering on this target as they lead the global race to connect wave power to the grid. The ‘Ocean Energy Report’ findings act as a caution against complacency, a lack of national revenue support and increasing activity in countries like China and U.S.A. could jeopardise this leadership position. The impact of increased financial support is resulting in an increase of early stage testing in these markets.

“Ocean Energy Europe’s Report confirms our belief in the enormous and very real potential of wave energy to support global efforts to mitigate against the effects of climate change. What we need to see now is medium-term market visibility and the financial support mechanisms to maintain Europe’s leadership position”.

Bombora’s 1.5MW mWave Pembrokeshire Demonstration project will deliver 50% of the 3MW wave energy converter deployment forecast across Europe for the next 12 months. The ambitious project supported by £10.3 million European Regional Development Funding through the Welsh Government is part of a clear commercialisation pathway to deploy mWave in marine energy projects across the globe. Bombora is simultaneously progressing a 3.0MW wave park project in Lanzarote and opportunities in Japan, Ireland and Australia.