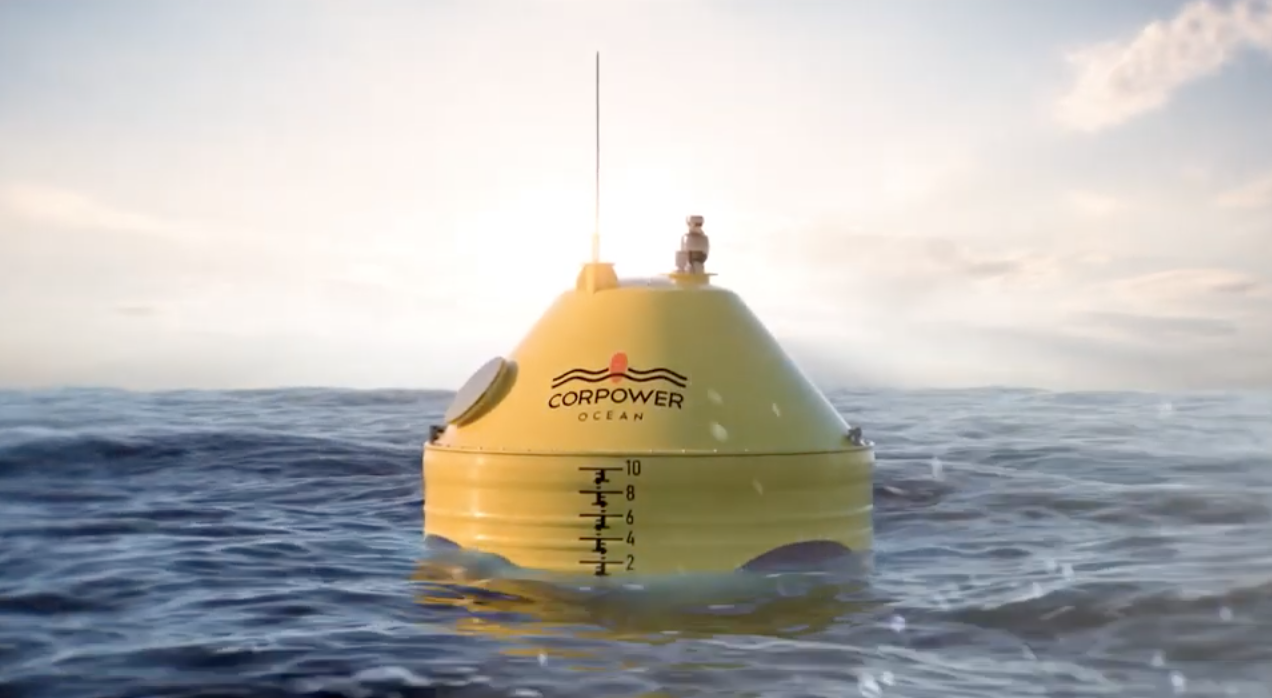 The three-year Horizon 2020 funded WaveBoost project has drawn to a close with a step change improvement achieved to the reliability and performance of wave energy technology. Led by CorPower Ocean, the WaveBoost consortium designed and developed an advanced power take off (PTO) system allowing wave energy converters (WECs) to operate safer and more reliably in harsh ocean conditions while increasing annual electricity production by 27 percent.

On the performance side, new dynamic seals were designed and tested resulting in 70% improvement in friction, while flow losses have been reduced by up to 90 percent compared to previous product.

The improvements enabled the levelised cost of energy (LCOE) to drop by 18-29 percent, with operational expenditure expected to decrease by up to 30 percent.

Lifecycle analysis undertaken on a theoretical 50 MW array deployed in Scotland indicated a carbon intensity already as low as 31.4 gCO2e/kWh based on the first prototype WEC generation design alone. This carbon intensity is comparable with other renewable technologies today and is over 10 times less than conventional gas turbines, securing the pathway to low carbon intensity WEC technology.

The learnings from the WaveBoost project will be carried forward as CorPower Ocean move towards the manufacturing, dry testing and deployment of their next full scale C4 WEC.

“CorPower have a rigorous product verification strategy that follows a structured five-stage process, established as best practice for ocean energy technology by International Energy Agency-OES, ETIP Ocean and Wave Energy Scotland” said Matt Dickson, Waveboost Project Manager, and Technical Project Manager at CorPower Ocean. “It involves step-wise validation of survivability, performance, reliability and economics starting with small scale prototypes in Stage 1, continued by sub-system testing and then fully integrated WEC in increasing scales up to array demonstration in Stage 5. The successful completion of the H2020 Waveboost project marks a key milestone in our journey and unlocks our progress from Stage 3 into Stage 4 of our program as we scale our WEC technology to full scale.”

Henry Jeffrey, University of Edinburgh Policy and Innovation Group, added that working with CorPower Ocean and a range of industrial partners on the WaveBoost project has allowed the University of Edinburgh to even further refine its techno-economic models of wave energy systems and that a key output of the WaveBoost project was a preliminary lifecycle analysis for an array of CorPower Ocean wave energy converters which indicated a carbon intensity over 10 times less than conventional gas turbines.

This WaveBoost project received funding from the European Union’s Horizon 2020 research and innovation programme under grant agreement No 727598.