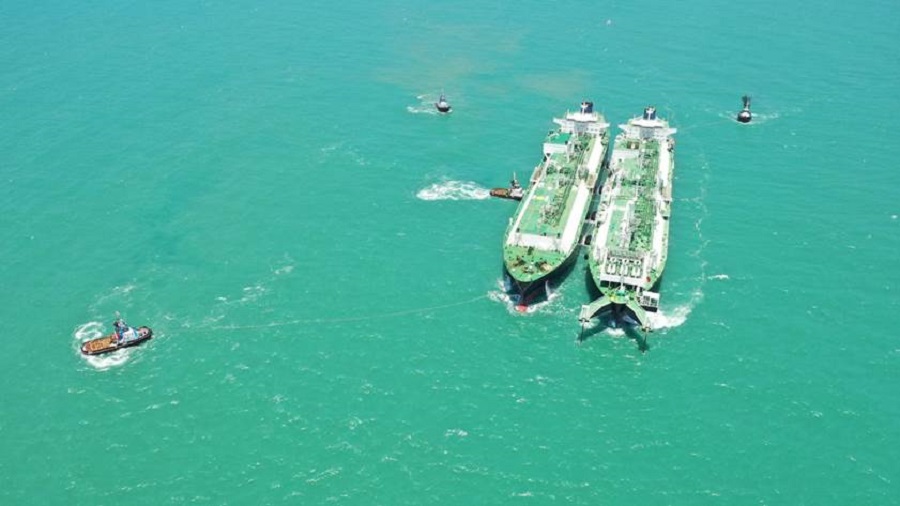 Brazil’s port and maritime logistics operator Wilson Sons has reported that between January and October there were more than 15 ship-to-ship LNG operations, the company’s highest number ever.

In this period, Wilson Sons saw a record of ship-to-ship LNG operations (STS). Its towage unit operated in more than 15 operations to transfer LNG from gas tankers to FSRU; most of which took place at Celse’s terminal in Barra dos Coqueiros and the GNA’s terminal at Açu Port.

Only in October, there were six STS operations. Of those, one was with a Q-FLEX vessel. It is considered one of the largest in the world with a capacity of 215,000 cubic metres of gas; a record for the sector.

By the end of this year, five more operations will take place in Sergipe.

“The year of 2022 also promises good results for the port support market in the LNG sector. Three new terminals should go into operation, such as the one in Barcarena, the Gas Sul in Santa Catarina and the third in Suape”, said Elísio Dourado, commercial director of the unit.

Today, five LNG terminals that use FSRUs, are in operation in Brazil. There are three from Petrobras, one from Celse, and one from GNA. Wilson Sons operates at the Petrobras unit in Pecém, in addition to Celse and GNA terminals.

With 80 tugs, the company has the largest fleet on the Brazilian coast; most of the tugs have azimuthal propulsion and four are escort tugs. This year, the construction of a series of six other vessels started in the company’s shipyard in Guarujá.

“The new units will have IMO TIER III standard, with a reduction of more than 75 per cent of the emissions of nitrogen oxides, which is considered a greenhouse gas”, Dourado also added.

LNG STS operations require a high level of safety, especially when carried out in the open sea.An important ally in this regard is the Towage Operations Center (COR). The unit monitors vessels 24 hours a day, in real-time.