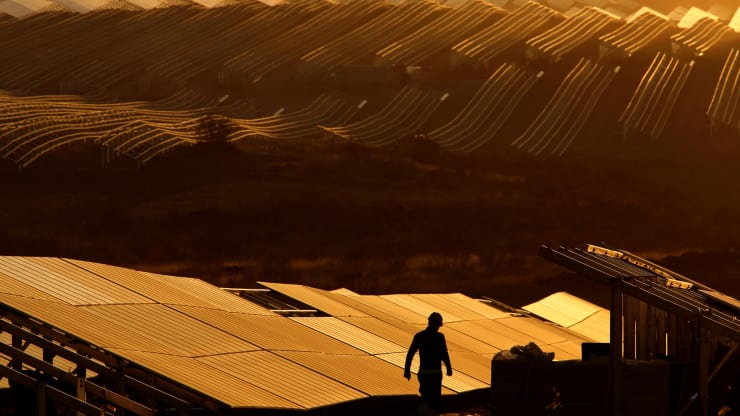 The New and Renewable Energy Authority (NREA) is studying requests to build power plants at a total capacity of 6.34GW, of which 2.75GW projects are by the private sector.

He added that the state aims to up the contributions of renewable energy to the electricity generation mix to about 20% by 2022, with the possibility of doubling it by 2035. This would be undertaken by adopting a package of flexible policies and models to encourage private investments, such as build–own–operate (BOO).

Al-Khayat said that the feed-in tariff strategy resulted in the implementation of the solar energy complex in Benban, Aswan, at a capacity of 1,465MW.

Aside from the NREA’s government wind farms in Zafarana and Gabal El Zeit that produce over 1,100MW, private sector projects come with almost double the annual growth rates. Future projections expect a faster implementation of renewable energy projects depending on their competitiveness.

Al-Khayat noted that using solar energy to operate irrigation wells in the 1.5m feddan project is a must, not a luxury. The use of solar energy for these wells reduces the pressure on the electricity grid, whilst exploiting renewable energy available.

It also ensures that no wells operate except during periods of sunshine, allowing maximum utilisation of the underground reservoir and its preservation for a long period.

He stressed that Egypt is ready for continued cooperation and to exchange experience and knowledge in the electricity and renewable energy fields in Africa. This comes especially as NREA is currently implementing renewable energy projects in about 15 countries across the continent, through Egyptian grants and joint cooperation agreements.